Samsung has once again showed new signs that they have no intention to back down against Apple when it comes to tussling with the rival company. Samsung has released a new Ad, promoting the Galaxy Note and Galaxy Tab Pro series and giving yet more reasons why consumers shouldn’t go for Apple’s iPad Air at the same time.

Remember that it was only back in February when we told you of Samsung’s latest Ad which targeted Apple’s infamous Pencil ad. Now, the Korean maker is back with another effort and raises the following information to consumers – ‘You can’t multitask properly with an iPad’, like you can on a Galaxy tablet.

It’s not just the iPad that comes in for attack by Samsung, as even the Microsoft Surface tablet is ridiculed for ‘looking too much like a laptop’ with its Surface keyboard, mouse and battery dock accessories.

Samsung has been criticized in some corners for ‘going too far’ with their aggressive approach, but others obviously adopt a more light hearted position and can see the humorous side of Samsung’s Ads. 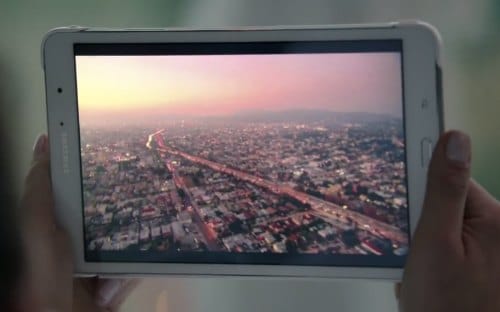 Take a look at the company’s latest one below, which gives you more reason to buy a Galaxy Note Pro and Galaxy Tab Pro ahead of the competition. Apple will no doubt be taking a keen interest in this new Ad from their rivals, especially the part when Samsung again takes fun of the Apple’s Retina Display.

How do you react when you see these type of Ads by Samsung? Do you believe it is fair game and makes the tablet wars more interesting, or do you think Samsung are going too far?