While Apple are heavily expected to introduce a bigger iPad this year to combat the threat of the 12-inch Samsung Galaxy Note Pro, consumers are still weighing up the factors for and against with the Galaxy Note Pro 12.2 Vs iPad Air.

This week, we can tell you that Samsung are at it once again. They are refusing to ease up in their ad campaign against Apple and their latest one specifically targets the iPad Air.

We have seen plenty of Samsung Vs Apple ads over the last few months, this one however makes fun of the fact that the iPad does not have the ability to create multiple logins.

The Samsung Galaxy Note Pro 12.2 does of course, which Samsung takes full advantage of in the clip which we’ve included below. Having said that, it may seem like a cheeky move since the multiple user login is actually an Android feature, rather than a Galaxy Note Pro exclusive. 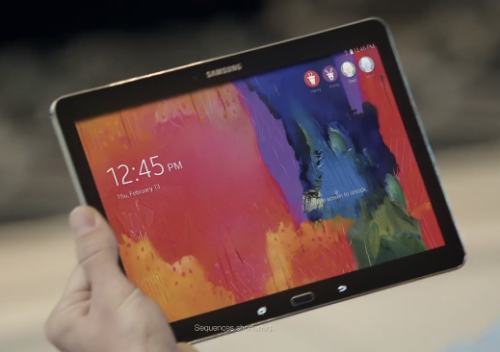 Either way, it does bring up the very relevant point that it would be nice to see this as a feature on the rumored iPad Pro. While some will argue that it isn’t needed, others with children will argue that multiple user logins on iPad is desperately needed.

Has Samsung brought up a good argument here, whilst obviously making fun of it at the same time? If you are a long time iPad user, let us know if you would like to see this feature added in by Apple.