We know that the Galaxy Note 4 will get the Android 5.0 Lollipop update, we just don’t know when its release will be. If we are to go on what Samsung has done in the past, then we don’t expect them to rush support of the new mobile OS to its flagship phablet. However, in a strange twist its release could be sooner than we think thanks to a teased image, which suggests Samsung could do something out of character and offer support for a new version of Android far quicker than ever before.

Previous reports suggested a late November or early December release, but there is growing suspicion that the Galaxy Note 4 Android 5.0 Lollipop update release could even be in early November. Samsung has yet to release its roadmap for devices it will bring Android 5.0 Lollipop to, but we know it will include the Note 4 and the Galaxy S5, along with several other models, which we touched on last week. 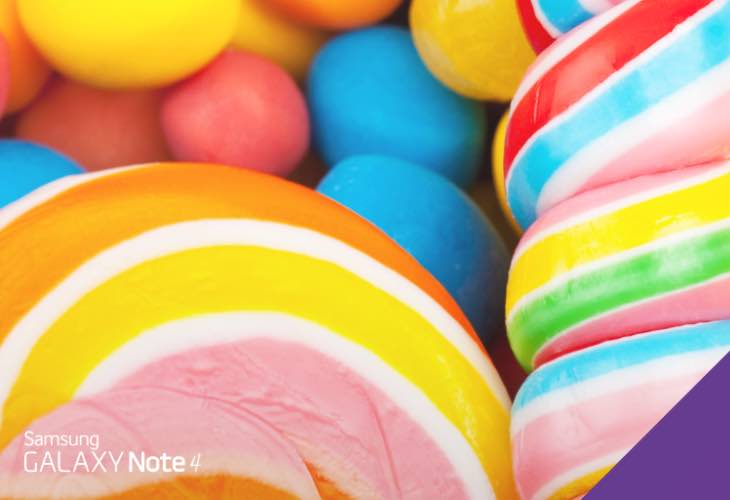 In the tweet you can clearly see Samsung talking about the Quad HD Super AMOLED display of the Galaxy Note 4, saying that it is pretty sweet, along with a colorful image of the handset itself with some sweet lollipops in the background.

The reaction to the tweet has been rather positive, with many of them either saying they are already in possession of the Note 4 and are enjoying it, to those who are still waiting and hope to have it soon. However, we can also see those who already have the Note 4 suggest the new phablet needs the Android 5.0 Lollipop sooner rather than later, and hold on to the hope that the tweet is proof of its imminent release.