Samsung’s Galaxy Note 2 event is fast approaching and we have a very exciting rumor to share with you now, just hours before the event starts in Germany. We knew that the device was going to be competitive in terms of exciting hardware specs, but now we have the exact processor that is going to be equipped in the device and the software running on the Note 2.

If you have been keeping up to date with Note 2 rumors in the past, you’ll know that there were some worrying whispers that the Note 2 was being tested with Ice Cream Sandwich and may only ship with the older version of Android at launch.

However, you can put those fears to rest as some additional details published by the somewhat reliable GottaBeMobile reveals that the Note 2 is going to be powered by a quad core 1.4Ghz Exynos 4412 processor – Samsung’s top of the range chip right now. If that wasn’t good enough, the spec sheet also reveals that the Note 2 will in fact ship with Jelly Bean, meaning that the device won’t be subjected to the now infamous promises of future software updates upon purchase. 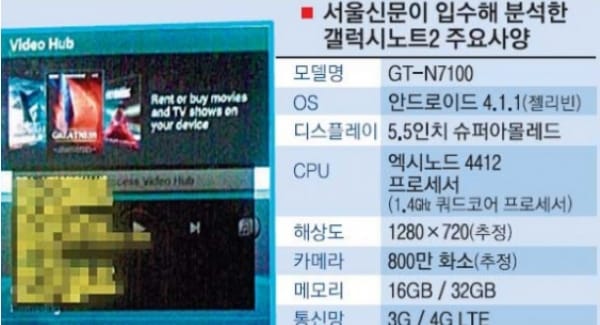 Other pleasing areas include 4G LTE support, which was basically a given anyway, an 8 megapixel rear camera to back up previous rumors, decent storage options with 16GB or 32GB and another confirmation that the screen will weigh in at 5.5-inches as a Super AMOLED based display.

Overall, it is yet more evidence that the iPhone 5 is going to have some serious competition when the Note 2 arrives. Samsung will announce the device in the next 24 hours or so, but the crucial thing for us is when they will decide to release it, knowing the iPhone 5 is likely to drop before the end of next month.

Do these specs just give you even more reason to splash out on a Note 2? Let us know if you plan to pick up the Note 2 ahead of the iPhone 5 in the coming weeks.