If you are currently weighing up the pros and cons as to which carrier version to get for the US bound Samsung Galaxy Note 2, it looks like prospective T-Mobile customers are going to be very happy indeed, with the discovery of future proof LTE support that will be ready to go in 2013.

T-Mobile is going to be one of the first carriers out of the big four to sell the Galaxy Note 2, but for now it won’t be available for operation on a 4G LTE network like Sprint, AT&T and Verizon. Instead, the T-Mobile version will utilize the HSPA+42 network and is built in a way where users will be able to switch to LTE mode as soon as the service is available on T-Mobile sometime in 2013.

An early analysis has been compiled over at AnandTech and they have confirmed in their own findings that the T-Mobile hardware is exactly the same as the AT&T version, with the LTE radios in tact. T-Mobile will obviously disable this feature at launch so consumers do not try to activate a network that isn’t ready yet, but at the same time – this new finding is going to be a gold mine for eager modders over at the XDA developer forums who will be licking their lips at the thought of enabling new features before T-Mobile does. 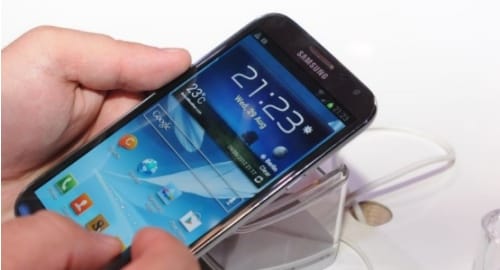 If you were previously under the impression that the T-Mobile version would be inferior to the Verizon, AT&T and Sprint models due to the lack of LTE support, this now puts all four versions on the same level, with individual carrier plans likely to be the main decider as consumers prepare to sign their lives away with another two year contract.

Were you already planning on picking up the T-Mobile version? How does it feel knowing that there is hidden LTE support now included for when the service launches next year? If you have already ordered your handset online, let us know which carrier you chose and why.