When it comes to the Samsung Galaxy Note 2 and the release date for each country, it is not the United States that is first to see this new smartphone, which has left thousands of people watching the UK receive a Galaxy Note 2 launch within the last week and wondering when will the device see a US release? Some people will feel the US launch is taking forever, although we’re not too far away from official confirmation that will likely land at an event in just over 2 weeks time.

Samsung made it clear that the Galaxy Note 2 will release on Verizon, AT&T, T-Mobile, and Sprint but never delivered exact release dates. Samsung’s Oct 24 event won’t be the release date for the Galaxy Note 2, but we should expect everything to be revealed on that day with little surprises considering we’ve heard most of the details from previous events, so any announcement should be pretty short lived.

You can expect the Samsung press event to focus on the Galaxy Note 2 features and specs like LTE on certain US carriers, and of course the improvements seen with Android 4.1 Jelly Bean on the Galaxy Note 2. We also expect the finer details about price to be revealed for the US market on or shortly after this event, which at the time of writing has not been confirmed by the majority of US networks. You can expect the US Cellular model to land on contract for just under $300.

While we’ve known that the US have been pretty anxious for Samsung’s Galaxy S3 Jelly Bean update and the Galaxy Note 2 hardware, it is almost certain that the finer details for both of these will be at the New York event on Oct 24. The press invitations that were sent out certainly focused on the “next big thing“, aka Galaxy Note 2, but we find it hard to believe that Samsung wouldn’t touch on the Android 4.1 software for their flagship Galaxy S3. Currently we’ve only seen a “coming soon” statement for the US model, so if the Jelly Bean upgrade interests you make sure you’re focused on PR in just over 2 weeks. You can see what the initial invite looks like in the image below. 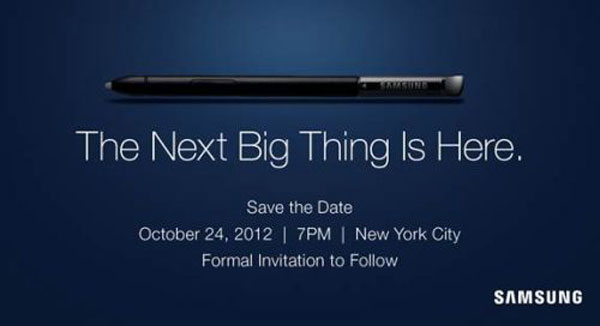 Forms of the Galaxy Note 2 were also seen at the FCC recently, adding further evidence of an immediate US launch, which you can see details and images on the official FCC website on this page, and also here. You might notice some variety in the different versions as well, which might worry potential buyers thinking that the Verizon model could change from the original design. 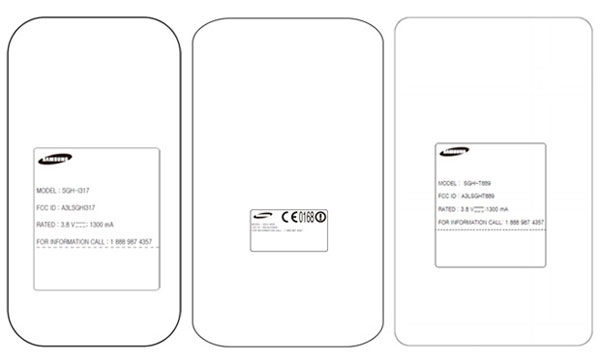 You can read about the UK Samsung Galaxy Note 2 officially being given LTE in an earlier article, and a visualization of the Galaxy S3 Jelly Bean update can be seen here. If you need a slim case for your Galaxy S3 then you might want to see this selection, and also hear about additional protection being given for the same device with the Android 4.1 update here. 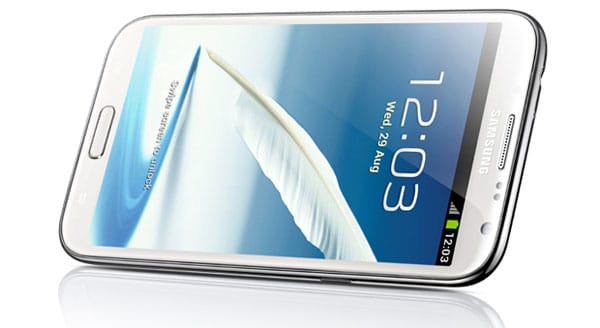 Are you waiting for the Samsung Galaxy S3 Jelly Bean update, or will your next phone be a Galaxy Note 2 and you only desire a US release date? Either way we expect the finer details to come in just over 2 weeks, so be ready, and we’d love to hear from our readers about your desire for the Jelly Bean update and new Galaxy Note 2 in the US. If you’ve been hands-on with the new 5.5-inch device then please share a comment with your first impressions.