If you have in your possession the Galaxy Note 10.1, you will be fully aware that Samsung has not offered much in the way of support, as its firmware is out of date compared to some other Android tablets. Even though it was updated to KitKat, it is still running an older version, and so it is with great pleasure we are able to give you some good news, as the Android KitKat 4.4.4 update has started to roll out.

Before you get too excited, it is worth pointing out that the Galaxy Note 10.1 Android KitKat 4.4.4 upgrade is only updating in China and South Korea at this time. However, international models are expected to see this OTA appear over the next few weeks, so with a bit of luck will go live in the US and other countries by the end of this month. 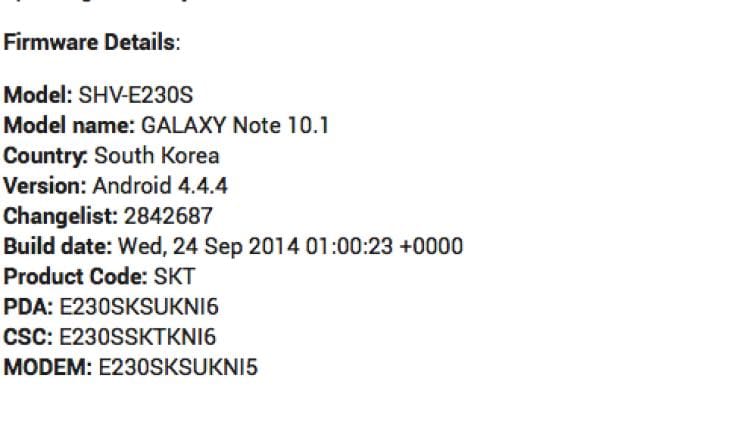 Galaxy Note 10.1 Android 4.4.4 changes – The update for both Wi-Fi only and 3G models will come with various bug fixes, but more importantly patches to improve security. SamMobile points out that there is not much in the way of improvements or new features, but an update is better than none at all – although not sure people who upgraded to iOS 8.0.2 would agree.

The Android 4.4.4 KitKat update is now live for the Nexus 7 LTE model, which is several months later than the other 2013 Nexus 7 model, but better late than never. ASUS did not say why they staggered the release of this Android update, and so we are still in the dark. Other devices taking advantage of this new 4.4.4 update are Sprint’s Samsung Galaxy S5, Galaxy S3, and the Sony Xperia Z3 and the Z3 Compact.