As US consumers anxiously wait for news regarding an official release for the 4G LTE Galaxy Nexus smartphone, we have some interesting information to share with you now, as it has been confirmed that Google has quietly updated the handset to a new version of Ice Cream Sandwich.

Customers in Europe who have already picked up their GSM Galaxy Nexus would have received the handset with Android 4.0 or 4.0.1 out of the box, but it now seems likely that Verizon and Google will make Ice Cream Sandwich 4.0.2 the default software version for the imminent 4G LTE sales which may start on December 8.

What did Google change though in their new version? Over at Droid-Life, there’s a few whispers that the 4.0.2 update may be tied to a quiet fix to the volume problems on the device which have been affecting a lot of consumers since the Europe launch. If you are having volume problems with the Galaxy Nexus, you may want to check out an unofficial fix here which we told you about yesterday.

Droid-Life as also managed to get a few shots of the 4G LTE Galaxy Nexus, which gives you a clear indication on how the back cover of the device will look like – are you loving all that branding on the device or would you prefer the back to be completely clean?

If you are interested in picking up the device, we’re hearing that starting from today (November 29), you’ll now be able to pre-order the device ready for release on December 8. As far as we know though, Verizon nor Google has yet to confirm the pre-orders today, so it is still classified as a rumor for now.

Will you pre-order a 4G LTE Galaxy Nexus the minute the order page goes live, or do you think some of the initial ‘gloss’ has been taken off the device and will now opt for an alternative smartphone? 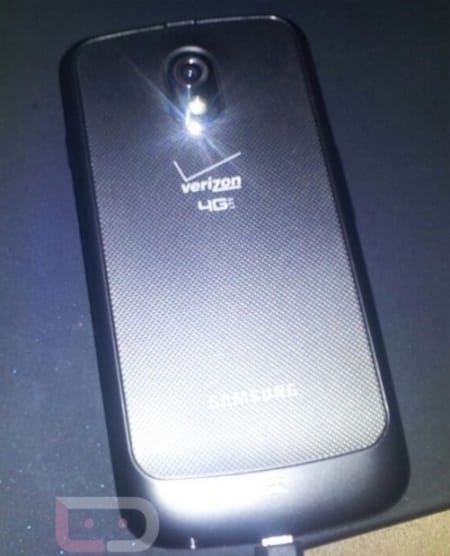