A lot of gamers are getting excited about Galaxy in Turmoil, the new name for the fan made project attempting to bring the cancelled Star Wars Battlefront 3 game back into the limelight and into the hands of gamers.

Now it is going to become a reality as the big news is that Galaxy in Turmoil has been given the go ahead by Valve to be officially distributed on Steam for free.

With the game being given away for nothing, it means that Frontier Studios who have brought the project to life may not be the target of legal action by Disney. 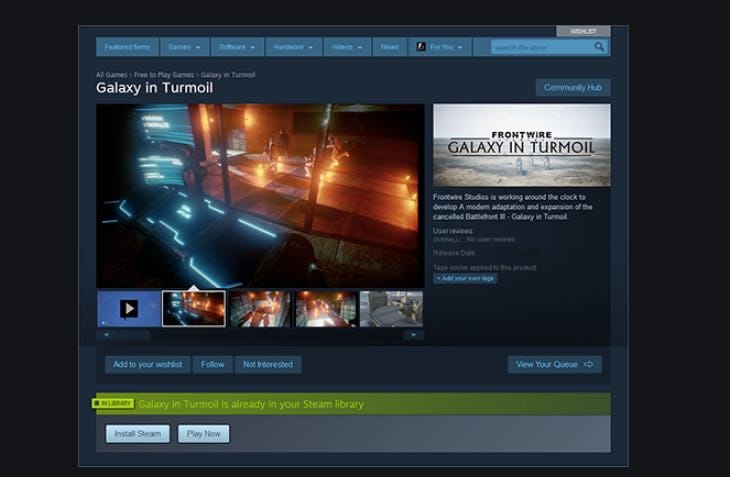 We know many of you want to know what time the Galaxy in Turmoil download will be live, as searching for the game on Steam currently does not bring up any results.

As far as we’re aware, this is because the game is still not ready for release but hopefully it will be soon. You can keep checking for updates on the Frontier Studios website here when an announcement with release date could be coming at any moment.

Are you happy that the game is now being released on Steam, or are you still worried that it will be taken down by Disney in due course? Leave your thoughts below.