If you have little cash and have been looking to buy a cheap Android smartphone you have probably considered the Samsung Galaxy Europa aka the i5500 / Galaxy 5, we’ve had our hands on this smartphone for a month or so and despite it being a bargain there are some software issues which seriously frustrate us on a regular basis – for this reason we looked into custom software installation.

Samsung has not updated the Europa’s software since mid 2011, therefore consumers are stuck with Android 2.2 FroYo – however the guys over at CyanogenMod.com released an aftermarket firmware version to bring Android 2.3.7 Gingerbread to this smartphone and after just 24 hours of usage we hay to say that it is a great improvement.

You can see a full guide on how to install CyanogenMod on your Europa / i5500 here, we followed this guide to get it working ourself and the attention to detail is great! Here’s just a few reasons why you should install it.

Firstly upon starting up your Europa running CyanogenMod 7 you will be greeted by a much better-looking user interface. There’s more home screens, the ability to use the accelerometer and see home screen icons in landscape (see below left) and a much better menu system (below right). 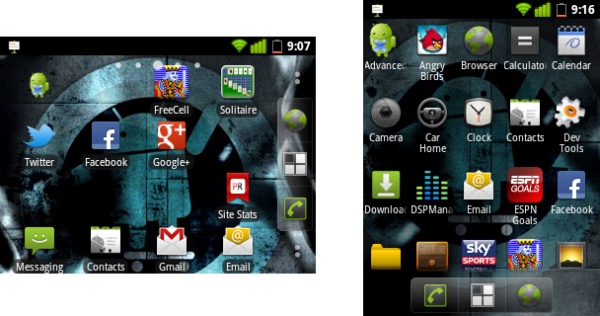 The Europa’s display is very small for a touch-screen device, therefore typing using the virtual QWERTY keyboard can be a pain as by the time the keyboard is showing there’s no room for you to see the recipient or the body of the message. The good news is that the keyboard which CyanogenMod 7 is fractionally smaller and seems far easier to use, however Swype is not installed as default – you can see the new-look keyboard below. 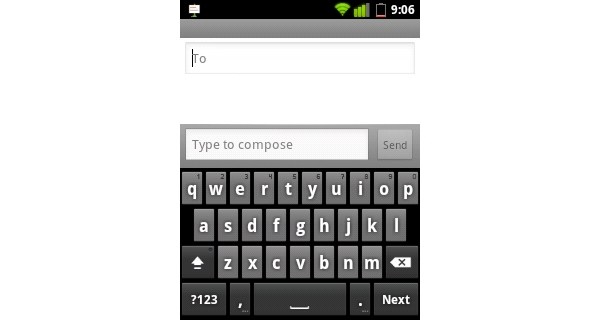 Android’s pull-down notification feature has been visually overhauled, in terms of functionality there’s no real difference, but it does look better in our opinion (make your own mind up by the screenshot below on the left). Other things you’ll notice a less archaic-looking lock screen (below middle) and a far-less restrictive Settings menu.

We’re not going to go through every change which has been made, but take our word for it when we say it is well-worth installing (if you understand the risks). Overall performance seems better, the native web browser has been updated and and the software layout is tweaked in every way possible – one very annoying feature which locked the screen during phonecalls has been removed and that alone was enough reason for us to look into mods in the first place.

Have you installed CyanogenMod’s custom firmware on your Galaxy Europa / i5500 / 5? If so, what improvements have you noticed the most?