We have some great news now for those of you that use the FX Photo Studio HD application on your Apple iPad, as it appears that the popular photo-editing app has just received a major upgrade. Not only has the update added more effects, but improved photo sharing capabilities as well.

According to a recent article by Joel Mathis over on the pcworld.com website, the new upgrade (version 3.0.0) has added 41 brand new photo effects to the application, which now brings the total number of image filtering options to 181 including vintage, sepia and night vision.

MacPhun’s update has also enabled photo sharing to Tumblr, as well as fixed a few issues that occurred when trying to share images on Twitter. It also allows users to add text when sharing their photos on popular social networking websites such as Facebook, Flickr and Twitter. 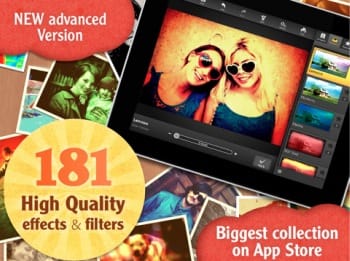 Other changes featured in the updated app include a redesigned user interface, an image resizing option for posting photos online, improvements to the preview quality, faster image processing and the ability to share photos outside of social networks via the built in printing option. 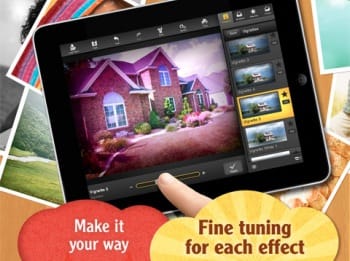 As noted on the itunes.apple.com website, the updated app — which costs $2.99 and is compatible with iPads running iOS 3.2 or above — also enables users to share presets, save effect remixes to presets and features adjustable parameters for all the effects included.