Attention all Marvel Future Fight players, as we have the first official information to share on what is coming next to the game after the fantastic GotG update.

We can tell you that the Marvel Future Fight July 2015 update is going to include two new uniforms for Falcon and War Machine.

These are Falcon who transforms into the All-New Captain America in accordance with recent comic book storylines and also the MCU version of Iron Patriot for War Machine, who you all would have seen in the Iron Man 3 film. 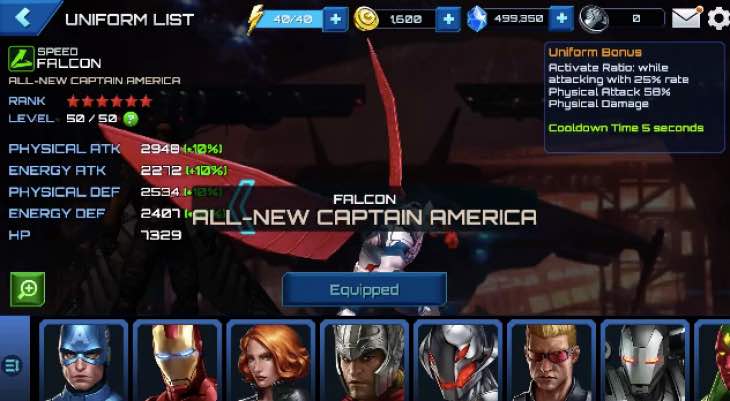 By the looks of things, Falcon is going to get a big upgrade in his All-New Captain America uniform. These include borrowing Cap’s shield throw ability, but also having a new aerial projectile attack too – so two new skills which is a big deal.

More importantly though, most of you will want to know the uniform bonuses for these new suits and what special passive they will have attached to make them worth the 750 crystal purchase.

All-New Captain America will benefit from a 58% physical damage bonus which can activate at a 25% rate – the wording on this does seem a bit confusing though from the screenshot you can see. 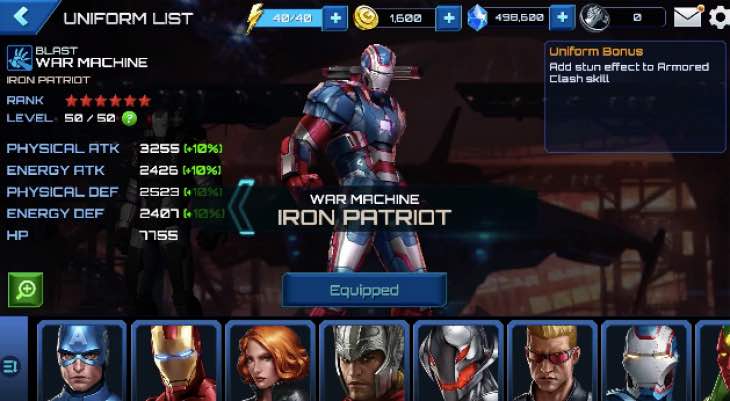 Meanwhile War Machine in his Iron Patriot suit is only going to get added Stun on his Armored Clash ability. Some may raise questions about this as the move currently already has a break skill attached to it, so adding Stun may not make much difference if you are looking at incentives to buying the suit. 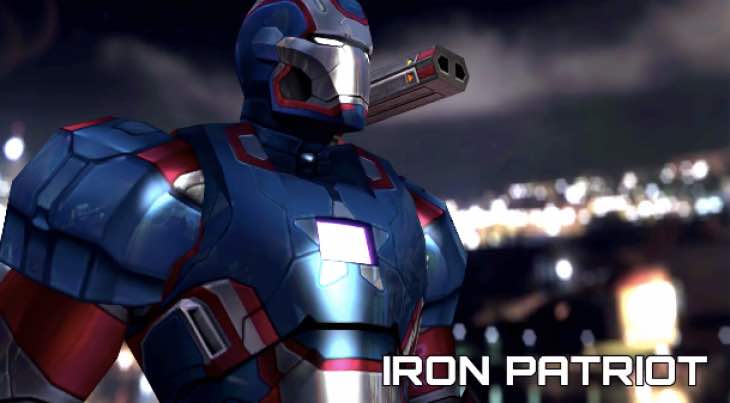 Both will come with the standard 10% increase on all stats just like the current alt uniforms in game. We should expect this update to arrive soon – who knows, maybe a Marvel Future Fight update on July 4 to celebrate Iron Patriot for Independence Day.

We’re also hearing whispers that Red Hulk is coming in this update, but we’ll keep you posted once we hear more. Give your reaction to the two new uniforms below – will you pay 750 crystals to play as All-New Captain America Falcon?