If you want to know what money can buy you for Marvel Future Fight, we have a good idea now with a look at some early Future Fight Thanos gameplay.

Thanos is the big bad boss in the new World Boss mode and despite Infinity mode being incredibly tough, one player has managed to unlock the character at the earliest opportunity and waste no time in maxing his stats either.

Given that ranking up Thanos takes double the materials and cost of a normal Tier 2 Black Order character, it’s rather disturbing that this has already been done with no problems.

Take a look at the screenshot of one of Thanos skills, not even his 6-star skill but still manages to dish out over 100,000 in damage with a few hits. 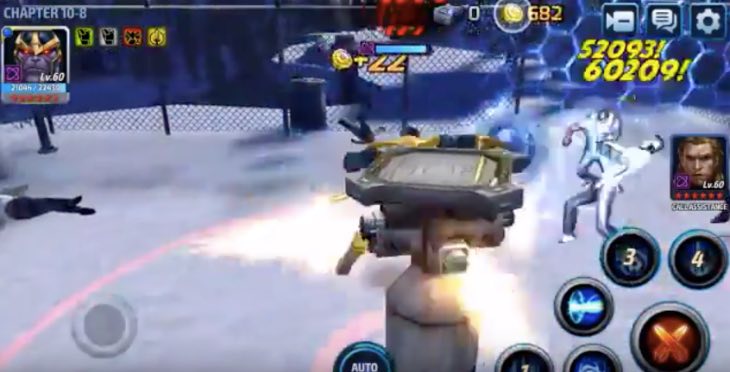 Many players are already upset about Netmarble’s apparent shift from free to play to ‘pay to win’, so this gameplay may do little to calm those claims.

Are you ok with Thanos being overpowered in the game, given it takes so long to get him normally? We doubt other players will be spending at this rate just for early bragging rights so does he deserve to be the strongest character in the game?

Take a look at the gameplay and let us know what you think about Tier 2 characters in the game and how long it takes to get them, especially the gold requirement.