We recently talked about the possibility of a Civil War Spider-Man uniform coming to Marvel Future Fight. Now we have a possible heads-up for you on the what the design may look like when it comes.

We wasn’t sure if there were any licensing problems preventing this version of Spider-Man from appearing in Future Fight, especially since it looks like Scarlet Witch is prohibited.

In Spider-Man’s case though, it looks like Netmarble may have the green light. We say that as Marvel Heroes 2016 is getting an official MCU version of Spider-Man and you can see the design below. 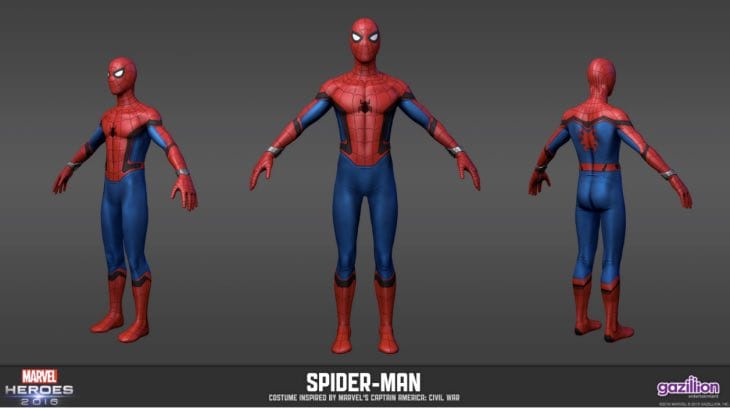 We think you’ll agree that the design looks amazing and if it’s any indication on the uniform that Korean artist Jeehyung Lee will deliver – you’re in for a treat.

Obviously the final Future Fight version will deliver, but is this a good guarantee that there definitely will be a new Spider-Man uniform coming to Future Fight?

We say this as Marvel are now delivering MCU content with a strict pattern of launching them across all their different mobile games.

Would you love to see this version of Spider-Man in Future Fight? Leave your thoughts below!