Netmarble is going to be dropping a big surprise to Marvel Future Fight players, with the arrival of Sharon Rogers a completely new Marvel character created exclusively for the game to celebrate the 75th Anniversary of Captain America.

Sharon Rogers is going to be the child of Captain America and Peggy Carter and it looks like it could be a new character in the game, as opposed to a uniform for Sharon Carter – we’re hoping to confirm this soon.

You can see the first image of Sharon Rogers below, she will have the ability to absorb energy with the shield and also combine Captain America’s superhuman strength with Peggy Carter’s espionage skills making a very interesting character indeed. 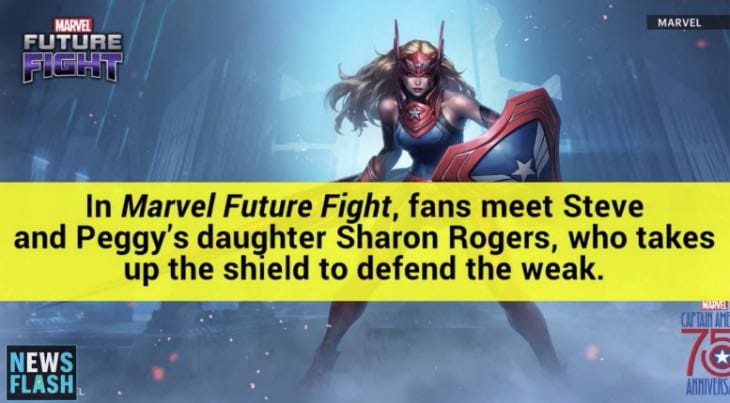 We can confirm that Sharon Rogers Future Fight release date will not be on Wednesday June 29, in which Netmarble will be issuing a server patch introducing Tier 2 upgrades for Rocket Raccoon, Star Lord, Drax, Groot, Gamora and Vision.

That means Sharon Rogers will be coming in the next update, either at towards the end of July or hopefully before with a Future Fight Independence Day special which is bound to happen.

What is your reaction to this brand new character – do you love the design? Leave your comments below on if you want this to be a new character or a uniform for Sharon. Speed class or Combat class?

How will Sharon Rogers biometrics be obtained, with Independence Day tokens or locked away to the Biometrics subscription like Carnage and Hyperion?

Update: There’s a leaked image of Sharon Rogers doing the rounds on Chinese forums. Shows her as a combat class character and Tier 2 straight at launch. It’s probably fake though, due to no leadership image icon in top right corner. Give us your thoughts on this below. 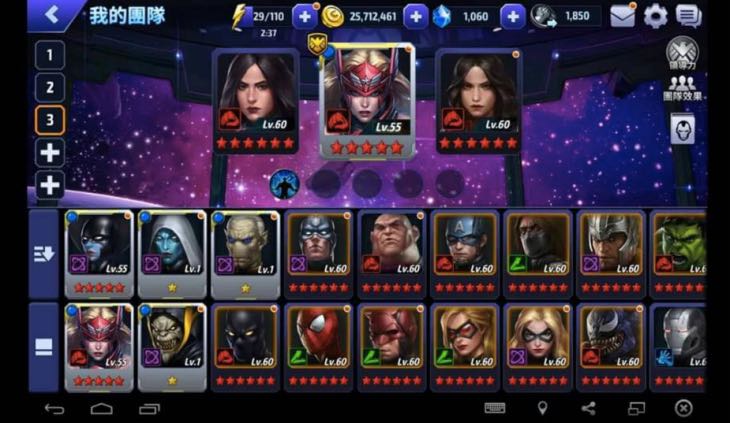 Are you disappointed with Netmarble by not releasing this character in time for July 4, Independence Day?