We have some juicy rumors to share for Marvel Future Fight players now, straight after the 1.9 patch which has just landed adding Totally Awesome Hulk aka Amadeus Cho to the game.

Dataminers have once again uncovered some early information on unreleased content and thanks to some details shared to Reddit this week, we could be seeing Proxima Midnight as a playable character in Marvel Future Fight.

Proxima Midnight is a member of the Black Order, a super villain group headed up by none other than Thanos – a long time character request who has yet to appear in the game.

Take a look at the rumored code which is inside the game at the moment, although bear in mind that we have seen other characters revealed in this way that are still yet to make an appearance. 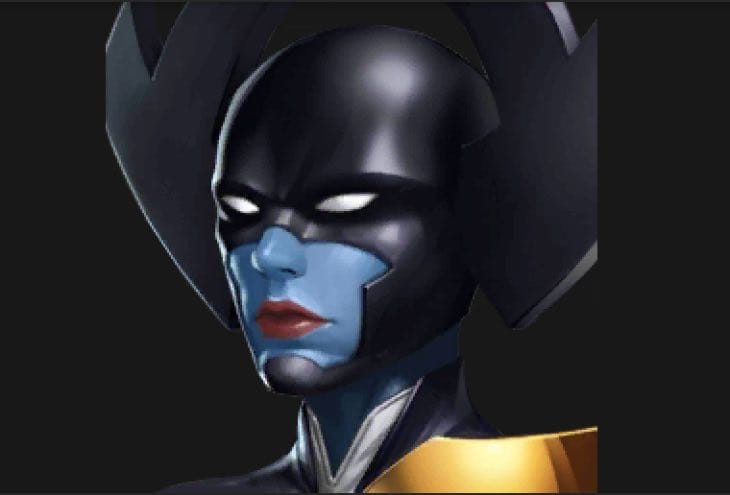 Those characters are Dr Strange, Enchantress and Sandman which we have talked about in the past and have seemingly been put on the backburner until a later date.

Without getting too excited though, could this finding be the first steps into getting Thanos and Black Order members into the game with a massive villain update for Future Fight in 2016?

It’s no secret that more story content is needed for hardcore players and Thanos would seem like the perfect choice for an ‘end game’ boss – especially with the build-up to Avengers Infinity War and with Future Fight firmly following events in the MCU.

We feel like we need to apologise in advance for those that have already seen this on Reddit and Mobirum as there’s plenty of haters out there, but for those hearing about this for the first time – let us know if you are happy about this rumor.

What would your ideas be for story content, or new special missions with Proxima Midnight, Thanos and the Black Order?