We look ahead once again to the next Marvel Future Fight update for February 2016, as fans are eager to find out what new character is next after Totally Awesome Hulk aka Amadeus Cho was added to the game.

Now we can share some initial rumors for you with regards to the Marvel Future Fight February 2016 update with the source actually coming from Marvel themselves.

Bill Rosemann is the Creative Director of Marvel Games and he recently gave an interview on Marvel.com about Future Fight and what he would personally like to see next in the game. 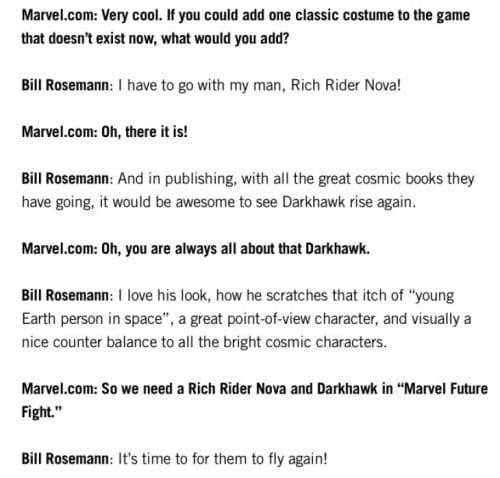 When asked the question directly, he gave away two names that could make some of you very happy – the original Richard Rider Nova and Darkhawk.

While this obviously isn’t by no means a confirmation yet, it serves as a great discussion point on two characters that would be a nice addition to the game. 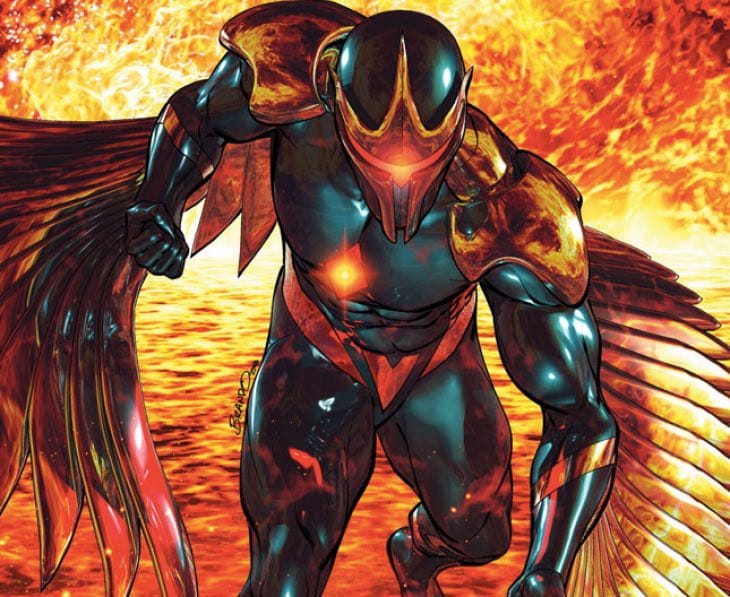 Nova has been a big request for a long time, but Darkhawk is one of the most obscure Marvel characters and if he did make it into Future Fight, it could be one of the first instances where we have seen him as an actual playable character in any Marvel game.

Would you love to see both characters in Future Fight, if so what class would you make them? Once we hear more rumors we’ll share them below but for now tell us who you want to see added as the next hero update for February.