We wanted to give you a quick heads-up to say that the new A-Force characters in the game are shortly going to be upgraded with 6-star skills.

At the moment, Sister Grimm, She-Hulk and Singularity only have five star skills in the menus. However, we can confirm that they are coming soon as Netmarble has already given fans a sneaky preview via their YouTube account.

Some of you may not be aware of the channel since it is highlighted in Korean, but it is sometimes the source of some juicy information.

With that in mind, check out the preview of the six star skills that these characters will be getting – Sister Grimm’s and She-Hulk’s in particular look really nasty. 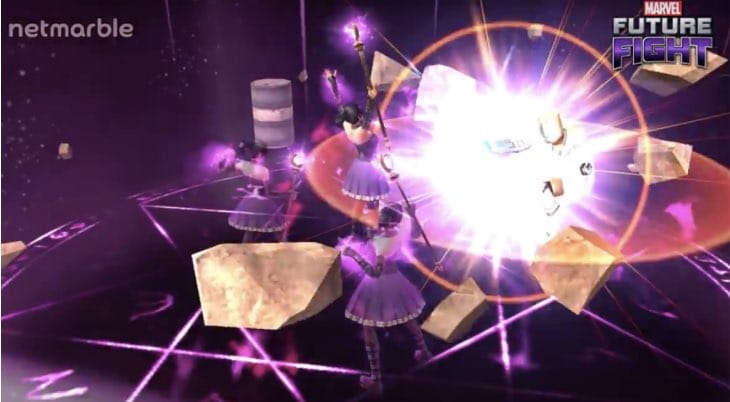 You can see clearer versions of these 6 star Ultimate skills by checking out official videos below from Netmarble.

Considering that these are already on developer builds, we wouldn’t be surprised to see these skills live with the next update – which could be adding Enchantress and a return of a community favorite uniform.

Check out the videos below and let us know how many stars you currently have these rare characters at. Are you anywhere near close to 6 stars or not?