Big changes are on the way to Marvel Future Fight and now we have some early information on some nice rewards that ould be coming with patch 3.0.

We have already spoken about a potential huge 3.0 leak here which contains details on a new Alliance Domination mode but also Global Character Ranking rewards. 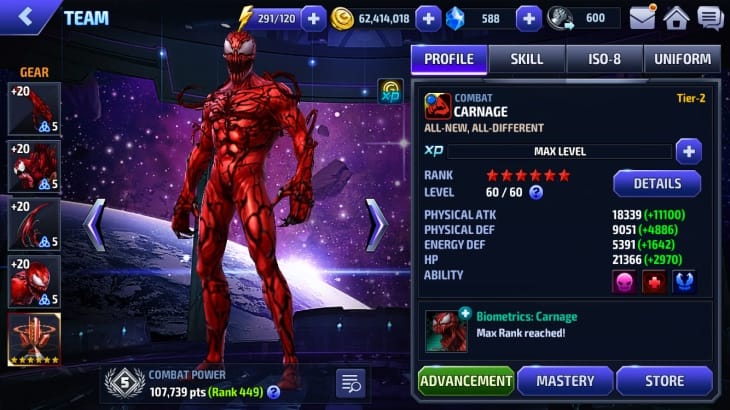 In the example provided above, you can see that as of 2.9.5 characters are now rated and the Carnage shown here has a rating of 449.

The Carnage also has a number 5 beside it, which leads us into the leaked chart below coming from Reddit user qfuv.

This shows plans for different tiers of rewards, depending on which ranking and number you have on your character.

It could mean that in future, this Carnage is eligible for Group 5 and will receive the rewards of 120 Uniform Upgrade Kits and also a 4-star obelisk.

Players should be extremely happy if this is the case, but we don’t know the full ramifications yet. There is also another screenshot which we wanted to show you which connects to this future system. 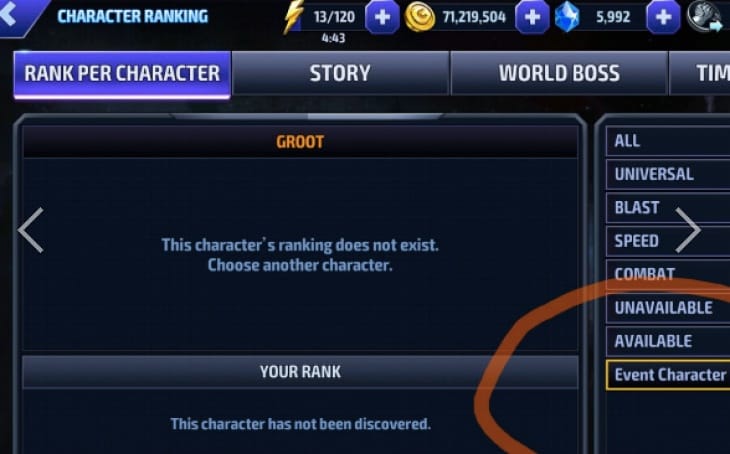 This shows a new tab called Event Character which is a sub section within the Character Ranking system. This could mean that any future ranking awards will first require the selected character to complete some kind of event before they are rewarded accordingly by group and ranking.

We also don’t know if the prizes are going to be for the top 16 Alliances only the same as Alliance Tournament, or if Netmarble will open it up to everyone.

Either way, it is very interesting indeed so give us your thoughts below and keep checking back for more details on this once we have it.