Following on from our earlier report on the new update coming to Future Fight, we wanted to give you a heads-up that the game will soon go down with a six hour maintenance period.

While this may be inconvenient to some players, we can tell you that the long maintenance is going to be well worth the wait.

The full Marvel Future Fight 1.3.0 update notes have been revealed by Netmarble and also revised from an initial patch list which was posted yesterday.

The big news is that there is going to be six-star skills added into the game, with Spider-Man and Black Widow being the first recipients with 1.3.0. 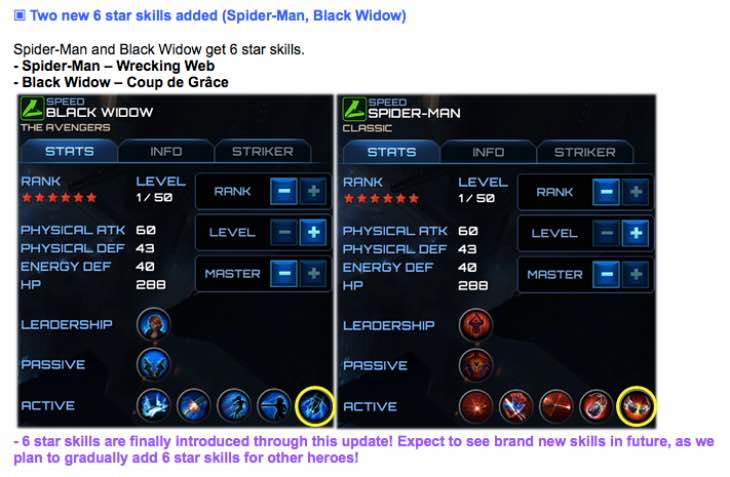 Finally, another thing that wasn’t announced yesterday was the arrival of another two new costumes. Ant-Man is getting his movie costume, while Giant Man will be getting a Goliath Man variant – both will be 750 crystals.

As always, there’s another list of bug fixes and general hero improvements to read through – you’ll find the Marvel Future Fight 1.3.0 patch notes in full here.

The big change for us is 6 star hero skills, so you better start that long journey to 320 bios now – which character will you 6 star first?