We know a lot of you have been having a lot of fun with FUT Draft mode since FIFA 16 launched. Now we want to end the debate on one of the most requested questions from the community which we have seen.

We can confirm that yes, you can get a FUT Draft token in a pack from the FUT Draft rewards. The odds are obviously very low, but once you do get one it is a very sweet feeling given that they are worth 15,000 coins or 300 FIFA points a piece.

Check out the image below which shows one lucky user getting his Draft Token inside a gold pack – we can image the reaction as well since you basically guarantee yourself another entry. 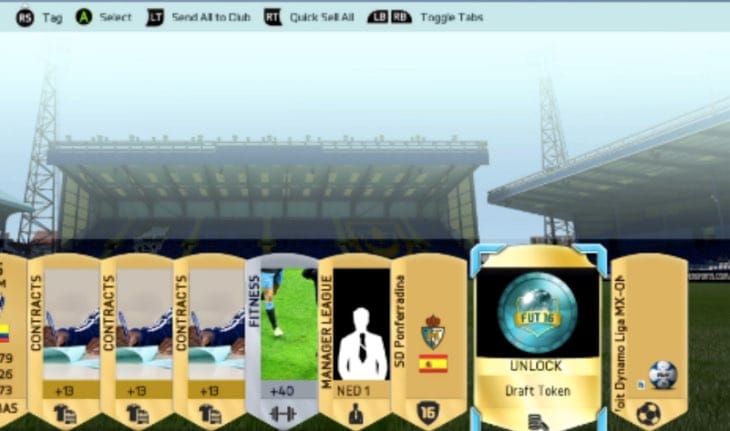 The jury is still out however on the FUT Draft rewards for online and single-player. We have already spoke about this recently, with many players now believing that there is no difference in the rewards when playing offline, compared to online.

However, we’ve also seen that some users have managed to get a Mega pack as a FUT Draft reward by playing online – we have yet to see that replicated in a offline FUT Draft reward.

Still, now you have extra incentive to spend those 15,000 coins now that you know Draft Tokens are possible inside packs. Let us know your best pack type reward so far and what mode you have been playing on.