Fusion Garage may not have seen much success with last year’s JooJoo tablet (formerly known as the CrunchPad), but that doesn’t appear to have stopped the company from jumping on the tablet PC bandwagon again. As some of you may have already heard, Fusion Garage has recently announced two new products, the Grid 10 tablet and the Grid 4 smartphone.

As Cristian from the tcmagazine.com website recently noted, the Grid 10 tablet – which measures 9.6mm thick and weighs in at 690 grams – is powered by a Tegra 2 processor with an apparent clock speed of 1.6GHz, runs on the Android-based Grid operating system, and comes with a 10.1-inch, 4-point multi-touch display with a resolution of 1366 x 768.

The Grid 10 comes with built-in Bing search, as well as its own app store known as Grid Shop. It also features 512MB of RAM, an accelerometer, GPS, an ambient light sensor, two 0.5W speakers, a 5800mAh battery, an HDMI output for connecting it to a HDTV, a 1.3-megapixel front-facing camera, a gyroscope, Bluetooth and Wi-Fi connectivity and optional 3G.

It also comes with 16GB of internal storage and a microSD memory card slot. The Wi-Fi only model of the Grid 10 tablet is priced up at $499, while the 3G-enabled model has a price tag of $599. Both models are currently available for pre-ordering, and are expected to begin shipping as from September 15th. The other product the company unveiled is the Grid 4 smartphone.

The Grid 4 — which also runs on the Grid OS — is powered by a 1GHz Qualcomm Snapdragon processor, and comes with a 4-inch LCD display (with a resolution of 800 x 480), 16GB of internal storage, a microSD card slot and 512MB of RAM. It also includes Wi-Fi and Bluetooth connectivity, a 5MP rear camera with LED flash and 720p video capture and a 0.3MP front-facing camera.

As for the price and availability, the Grid 4 smartphone is priced up at $399 (unlocked) and is expected to arrive sometime in the fourth quarter. Do you think the Grid 10 tablet will be more successful than the JooJoo tablet? 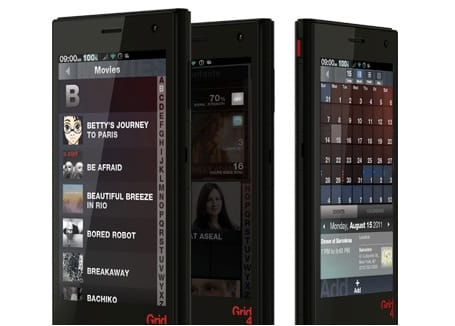