We have already told you about the Samsung Galaxy Tab 3 and the Nabi 2 tablets for children, but now it is time to take a look at a FunTab 2 7-inch Kids tablet review.

This is another popular affordable tablet that has been designed specifically for young children to use. It comes preloaded with a whole suite of educational apps to use, but also with a special Zoodles Kid Mode interface on the FunTab 2 as well.

You can also make use of parental controls on this 7-inch 1024 x 600 tablet to make sure your child only views the content that you want them to view. 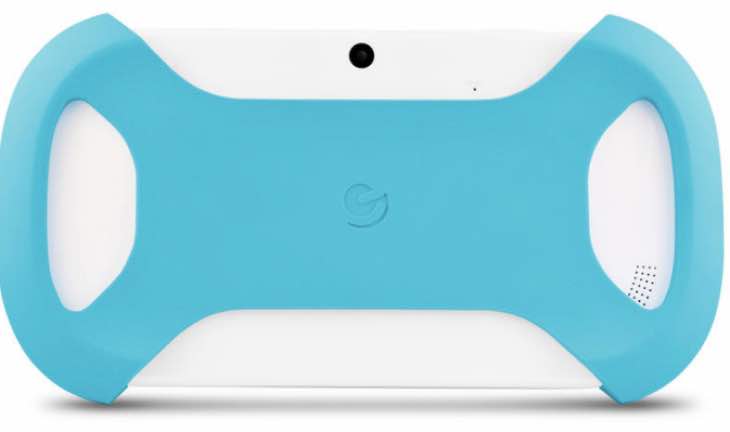 Meanwhile the actual design of the tablet is unique too with two large grips on either side, ensuring that your child is less prone to dropping the FunTab 2 during use.

As an actual Android 4.2 Jelly Bean tablet, it is pretty impressive as well. General FunTab 2 specs include a quad-core 1.5Ghz processor, with 1GB of RAM and 8GB of internal storage.

There’s also MicroSD card support to expand storage, while there is a 1.9 megapixel camera on the rear and a 0.3MP camera on the front too.

We’re also impressed to see a mini HDMI out port on this tablet, while it’s charged via mini USB 2.0 port.

As for apps, the FunTab 2 will come pre-loaded with software such as Angry Birds, School Assistant, Intellijoy Educational app, a Safe Browser and much more.

However, the FunTab 2 also comes with a feature called ‘Unlocked Parent Mode’ which we found a little odd considering that there’s no Google Play app pre-installed.

That could be the challenge that some of you are willing to take on though as don’t forget this tablet is primarily for your children to use. Still Google Play support would be nice for the times that you want to download some new games for them, or let them watch cartoons from Netflix as a treat.

Are you interested in buying this Ematic 7″ HD Quad-Core 8GB Kid Safe Tablet? We’ve seen some fantastic discounts online from certain retailers so now is the time to buy if so.

Let us know your thoughts on this tablet, make sure you read through a FunTab 2 7-inch Kids tablet review page here first. Is the lack of Google Play support a problem for you or not?