A fun new game has recently been released for owners of the iPhone, iPod Touch, and iPad. Kung Fu Master! 1.0 is filled with funny characters and kung fu sounds.

Released by Toronto based BIG BAD BRUSH inc. the game features naughty pandas and zombies who are stealing all of the Kung Fu Masters gold and gems.

Players have to show them who is the boss by mastering the bamboo poles and gathering the Kung Fu Master’s stuff back. You will find the game highly addictive and hard to put down.

You will have to be careful as the pandas and zombies are very cunning, and won’t be far behind as they prepare for the ultimate kung fu battle.

There is Game Center support, so you can try and top the Kung Fu Master Leaderboards. Despite only being available for a few days the game has been receiving five star reviews from users. 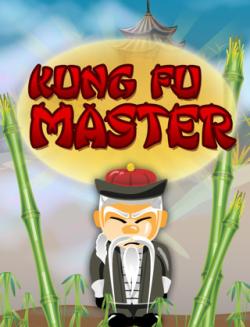