Games are a big business now across all platforms none more so than the iPhone, and it’s the simple but addictive games that prove to be a success with consumers. A new company Cassual Games was recently founded to make “mobile entertainment two times casual”.

They have set to bring out captivating games for iOS devices, and have recently released their first offering Desrtic. Episode 1: A Drop in the Flower. The game is simple but addictive with great graphics, hilarious sound effects, and funny characters. Users have to try and save flowers from drying with rain drops.

Other things trying to prevent you from saving the flowers include mad desert locusts trying to get at the flowers, flying camels, the burning sun and wind, acid drops, and exploding cactuses. All ages can enjoy the game as it is so easy to pick up and play. 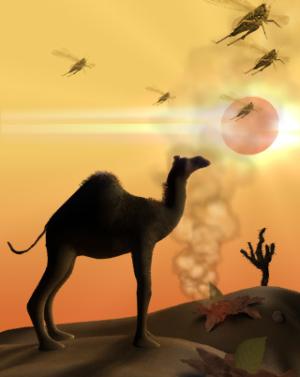 There are two levels of difficulty with infinite stages of play, and two different types of scoring. Players can earn extra lives by catching blue drops. Desrtic has been given some good reviews from users so far, with the fact that it’s so easy to pick up and play mentioned.

Desrtic. Episode 1: A Drop in the Flower 1.0 is available worldwide on the App Store for $1.99. Compatible with the iPhone, iPod Touch, and iPad with iOS 3.0 or later.