The official Fulham Football Club news Android app recently received a major update, although in September it just had its version number bumped to 4.1 along with some fixes for select problems. Another app also receiving an update this month is FTBpro Manchester United Edition, and the latest what’s new section details the ability to take control of notification settings and customise the Man Utd news just how you want to receive it.

Fulham Football Club Sept update – While the Fulham FC major Android update released earlier brought a design overhaul, extended highlights, championship stadiums in the Explore section, and U18/U21 league tables with match results, the v4.1 update released this month lacks the finer details about what exactly got fixed. Take a look in more detail on Google play, or if you use this application then share a comment below if you’ve noticed any major changes since v4.1? 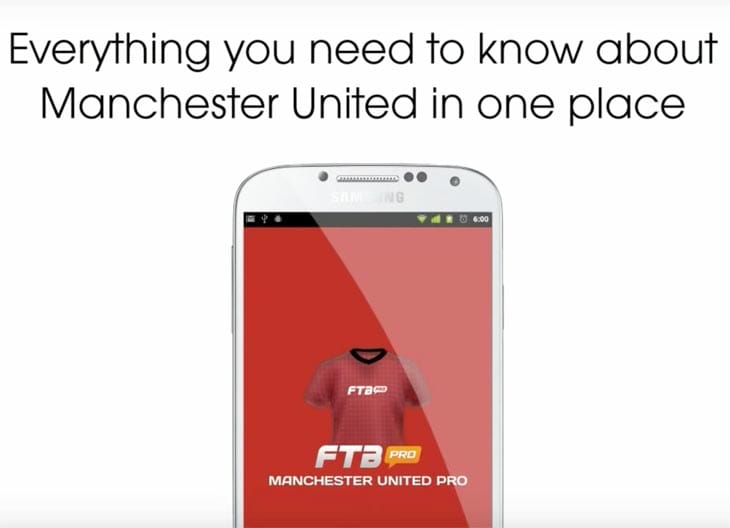 FTBpro: Man United Edition September update – As we mentioned above, downloading this Android app update will allow you to customise the notifications on a whole new level and take control of the Man Utd news you receive. This might be in-game highlights, all Manchester United goals, or just the red cards given. Learn more on the official Google play page and of course download this app for the first time, or get the update today.

What do you think about the latest updates in September to either the official Fulham FC or FTBpro Man United Edition apps? Have the applications improved after these updates, or do you have problems still after installing the update?