It has certainly taken a lot longer for iPad alternatives to hit the market, but better late than never I guess. The most popular tablet after Apple’s device looks to be the Samsung Galaxy Tab, but a range of other devices could threaten it, such as the Fujitsu Windows 7 tablet.

According to Debbie Turner from OSM, she learned from Expert Reviews that Fujitsu has finally decided to get in on the tablet action, and has chosen to go with a 10.1-inch model — iPad territory. However, Debbie does point to the fact that this tablet will run on a full version of Microsoft’s OS, and not a mobile operating system. 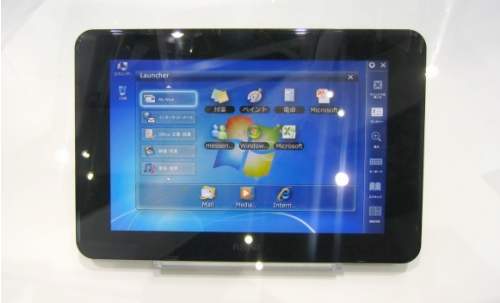 As yet, no details have been offered on when the device will release or a price, but what we can tell you is what the specs are rumored to be. The Fujitsu Windows 7 tablet is said to come with a 1.5GHz Intel Atom processor, but it is not known if the device will have 1GB or 2GB of RAM.

We do know that it will have a capacitive touchscreen, and that’s about all we do know. Fujitsu has always made great laptops, so one would presume that this would pass over to their tablet device — but then again, they could fail?

Do you think that Fujitsu will do a good job with their Windows 7 tablet device?