Earlier on today we informed our readers that Fujifilm had recently unveiled its new FinePix F600 EXR camera, which as we mentioned comes with a rather interesting feature known as Landmark Navigator. However, that wasn’t the only digital camera that the company revealed recently, as we’ve just discovered that they’ve also announced the FinePix JX370.

As Zoltan Arva-Toth over on the photographyblog.com website recently noted, the Fujilfilm FinePix JX370 is an affordable, entry-level camera that’s ideal for those that like to shoot and share their photos with the least amount of fuss. The JX370 comes with a 14-megapixel resolution, a 5x optical zoom, a metallic-effect finish and high-definition 720p video recording.

All users have to do to share their images is simply scroll through them on the camera’s 2.7-inch rear LCD screen, mark the ones they want published and once the device is connected to their computer, the photographs will be instantly uploaded to Facebook or YouTube via the company’s MyFinePix Studio software. It also comes with the Photobook Assist feature.

The Photobook Assist feature enables users to create a photobook in the camera, and preview it by flicking through the pages on the LCD display. The Fujifilm FinePix JX370 may be small enough to fit in your pocket, but it definitely doesn’t lack in terms of features. Speaking of features, the JX370 also comes with digital image stabilization and ISO sensitivity up to 3200.

If users don’t want to manually select from the wide range of shooting modes available (including Panoramic shooting mode), they do have the option of selecting the SR Auto mode to allow the camera to choose for them. The Fujifilm FinePix JX370 model also comes with Face, Smile and Blink Detection modes, as well as an I-Flash function.

As for pricing and availability, the FinePix JX370 — which will be available in silver, black and pink — will be available to purchase in the UK as from October this year for a RRP of just £89. Are you thinking about buying a new camera? 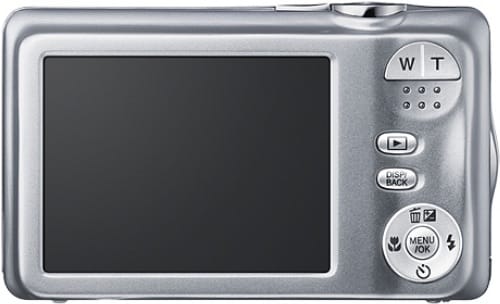