When a franchise like Call of Duty has built success based on the gameplay, not graphics, you have got to think how far can that game continue its success based on the same engine being repackaged over and over. We loved the weapon upgrades and customization in COD Black Ops, not to mention the addictive zombie mode, but as graphics improve in other games we should expect Call of Duty to keep up, or should we?

The Frostbite Engine is used in a few games, none more obvious than the Battlefield series. With Battlefield 3 being the main competitor to Modern Warfare 3, and with Call of Duty having the dedicated following it has, will 2011 be the year the COD franchise loses gamers to the Battlefield series over the lack of investment in the game engine?

In our opinion a game can only stay successful for so long on the same game engine, new technology and advancements are needed. We expect many loyal Call of Duty fans to not even give the better graphics and realism a try in BF3, and in doing so they’ll miss out on next-generation graphics and gameplay. 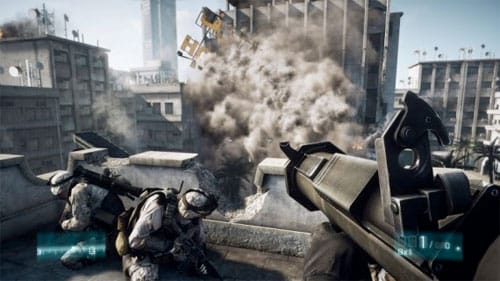