If you have ever wanted to try and be the next Jimi Hendrix and learn to play the guitar, there is now help courtesy of a recently updated application. JamPlay Guitar Pack 1.1 is available for owners of the iPhone, iPad, and iPod Touch.

Released by Ohio based JamPlay the application streams video lessons which include licks, exercises, and riffs straight to the user’s device. As new videos are added to the already extensive range, they are automatically added to the JamPlay Guitar Pack. This means the user never has to update the app.

Lessons are not the only thing the app contains as you will find a chord library full with thousands of chord voicing’s. There is also a scale library with 42 different scales covering all keys, and frequently updated backing tracks. Users also have the ability to record and play back, and using your devices microphone turn it into a guitar tuner. 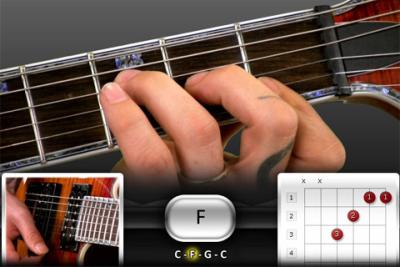 Videos of the JamPlay instructors who are professional musicians, and interviews with some of the world’s best guitar players are all included in the app. Once the app is downloaded all updates are automatically added.