Everyone loves a freebee right? Well those of you who use an Orange smartphone are going to be delighted to hear that the company is offering a free weekly movie every Thursday courtesy of their new promotion called Orange Film to Go. The movies are available for download via iTunes at no cost and can be synced to all registered iDevices.

The promotion begins this Thursday, and will continue with a different movie weekly from then on. They can also only be downloaded on a Thursday. Once each movie is downloaded it must be watched within the month. If the movie has already been started it must be watched within 48 hours of the play button being pressed. To start receiving the free weekly movies text FILMTOGO to 85060 or visit Orange UK’s Facebook page.

According to 3G, several movie titles have already been confirmed for the promotion, including Che: Part One, The Ghost and the award winning The Wrestler, starring Mickey Rourke as a has been professional who is forced to retire from his career in the ring, but struggles with his new life. The initial title will be My Blueberry Nights starring Natalie Portman, Rachel Weisz, Jude Law and Norah Jones. It’s a romantic drama about a woman who embarks on a journey to find answers to her questions about love. It is directed by Kar Wai Wong.

An Orange spokesman, Spencer McHugh believes this offer ‘is a great way to thank them for being a part of Orange.’ This was said when talking in regards to the ‘valued’ customers of the carrier. Orange already has an ongoing movie related promotion available, which has been for a while now with their two-for-one Orange Wednesday offer that allows users to visit participating cinemas and only have to pay for one of two people.

What do you think of this new promotional offer? 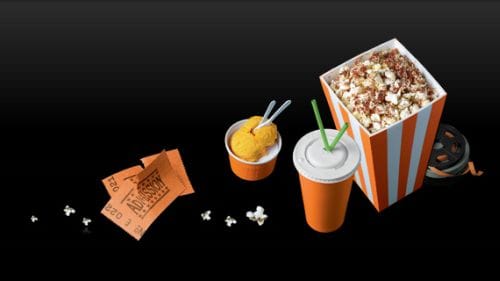