Apple announced that its free OS X Yosemite and iWork download will be live today, and we can tell you it already is. Having said that, we are already having problems downloading the update, but this was to be expected. We will just have to be patient and wait for the frenzy to ease off a little sewing as many Mac users will now be trying to get the update.

There have already been reports of OS X Yosemite install problems as well, although this could be down to a few factors, and so you should try to restart your Mac and hopefully, the install will pick up where it left off. 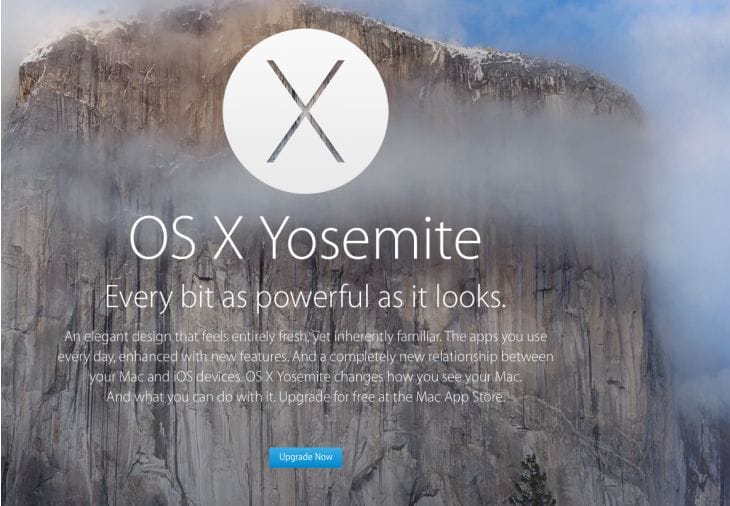 Some Mac owners already got a taste of Yosemite by taking part in the public preview, and we have heard from some of them that they cannot even update to the public version of Yosemite. They try to find the new operating system, but keep getting told to download and install Yosemite Beta 2. If you head to the Apple homepage there is a link directly to the download.

If you got to watch Apple’s live event earlier today Craig Federighi teased us with some of the new features that makes up Mac OS X Yosemite, although you can only benefit from Continuity and Handoff if you have a new Mac device, so a bit of a pain if you have an older model. If you do have an older model, you could always go for the 27-inch Retina iMac with 5K display.