The release date for the much anticipated sequel, Batman: Arkham City is edging closer by the day and is now just less than 3 weeks away. Many gamers will have already pre-ordered it from their chosen stores, which in most cases will have gained them some form of exclusive content with it. For those that have not yet decided where to make their pre-order, OnLive are offering a free console when the game is ordered with them.

The cloud gaming service currently has the game listed at £27 for the members of the OnLive PlayPack package, or £39.99 for those that aren’t members. Each customer that pre-orders the game with the service will receive a console, which normally retails at £69.99, free of charge. The console is good for using the service on HDTVs.

An alternative that the service is offering is instead of a console customers receive a free game. Those that opt for the game will be sent a coupon code by e-mail once they have pre-ordered Arkham City. Vic President of OnLive gaming, John Spinale told gaming website CVG that although cloud gaming hasn’t quite picked up yet, it will take significant market share from successful consoles by Xbox and PlayStation after once the consoles have cycled at least once.

We recently brought you a review of the OnLive games and console and were overall impressed with it. The games themselves were limited when it came to big titles but that is set to improve as the popularity of the console rises. On the other hand Batman: Arkham City’s popularity already speaks for itself and judging from the details that have been revealed about it so far and the long list of characters set to feature in it, it’s looking like being one of the biggest games of the year.

Will you be pre-ordering Arkham City for your free OnLive console? 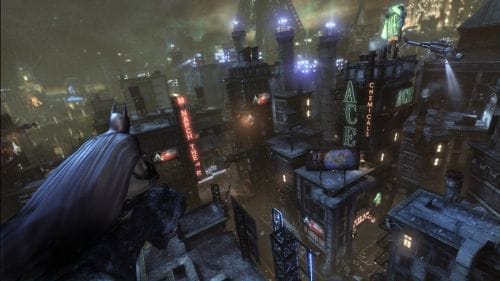