For 12 days only, the developers are giving away 250 crystals for free, to all Future Fight players. To obtain your reward, simply head to the messages section of the game and then press claim.

You’ll be given 250 crystals for nothing and it’s a great gesture from the developers since that’s around £3 in real money. The reason for the giveaway is to celebrate 30,000 gamers signing up to the game’s official forum – which you can find here if you haven’t explored it yet. 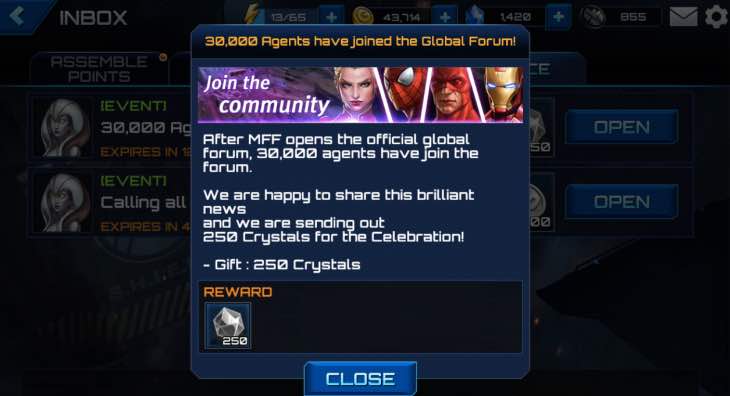 The only other way on how to get free crystals in Marvel Future Fight is by competing in the Arena mode every day, completing regular missions as a ‘first time reward’ and by working your way through certain achievements.

There’s also free crystals with a Facebook referral system, but since the game has just launched this is a difficult task to complete.

Let us know if you have found other ways to get free crystals in the game and share your thoughts on the game so far below.

Netmarble are being very generous with the free handouts so far, especially the ‘GM gifts’ so let’s hope it continues.