It’s that time of the month again when gamers are eager to find out what free games will be coming their way on Xbox One as part of the Xbox Live Games with Gold subscription service.

The good news is that Microsoft has not wasted any time and we now have the preview trailer to show you which gives you an idea of what to expect. 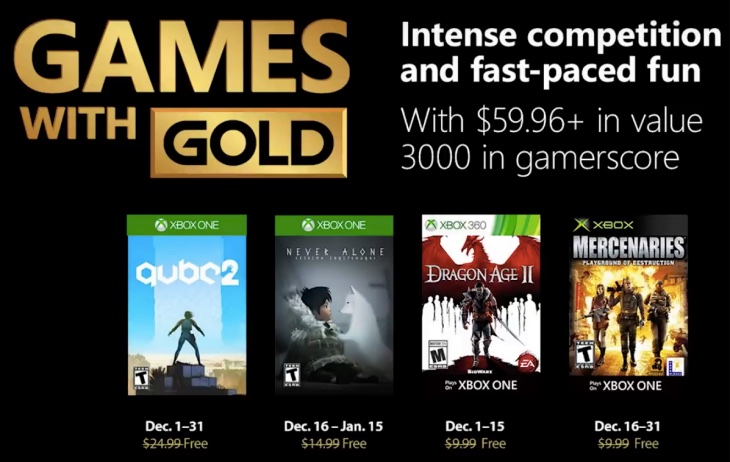 There will be almost $60 worth of content coming in December, as the Xbox One free games will include Q.U.B.E. 2 and Never Alone, starting from December 1. For those still on Xbox 360, you’ll get Dragon Age II, followed by Mercenaries: Playground of Destruction – both games are playable on Xbox One Backwards Compatibility remember.

Check out the trailer above and let us know what you think of December’s selection. Some may be unhappy with the list on Xbox One so are you happy or not?