After a massive Game of War outage on Tuesday, we can see that the developers have finally acknowledged the problems by handing out some free Game of War Athena gift chests to all players.

If you couldn’t connect to the game yesterday, you should now be able to sign in to Game of War and redeem 10 Athena gifts.

On top of this, we can see that the developers have also extended all buffs and Game of War peace shields by 48 hours. 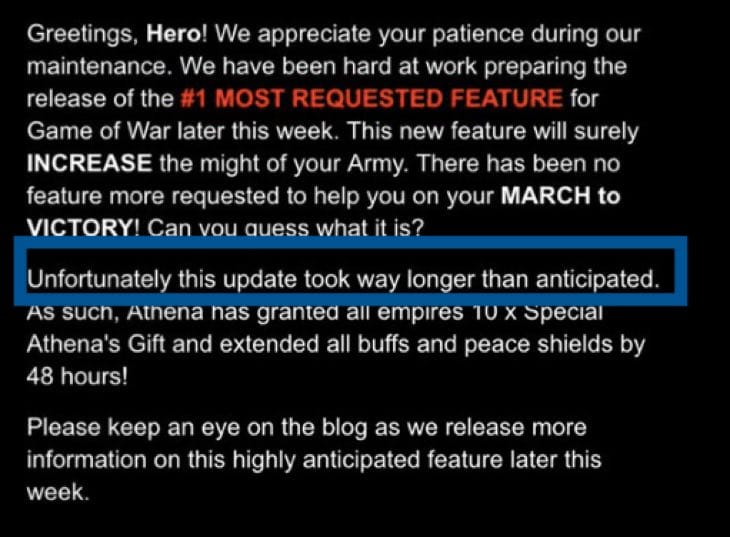 Confirmation on this can be seen above, along with the developers admitting that the Game of War downtime lasted longer than they had anticipated.

We have been teased with a ‘Number one most requested’ Game of War feature update, but so far we haven’t seen it – have you figured out what it could be yesterday?

Either way, hundreds of players let their feelings be known to Product Reviews on the outage so let us know if you are satisfied with the 10 Athena gifts as compensation.

What did you get from the chests – anything good?