Bullying is a serious problem which can lead to a lot of stress and unhappiness for the people involved. But an award winning UK charity which was founded in 1999 by journalist Liz Carnell and her son John, gives people help and advice when dealing with this problem.

Bullying UK was set up following their experience with school bullying, and Liz has been involved with the issue for fourteen years. Since it was first started the charity’s website has become the number one resource for people using internet search engines.

Since 1999 the charity has responded to over 52,000 emails, with over 8500 of them in the last year. It also provides advice with schools, youth organizations, health trusts, and police forces. Their work is featured regularly in the British media and overseas winning many awards. 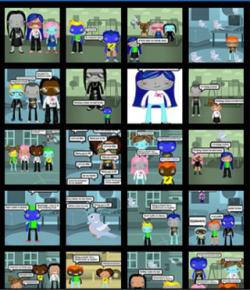 They have recently updated their application for iOS devices. The application now allows users to share advice and tips via Facebook, Twitter and email. Users can even view anti-bullying posters created by other users. BullyingUK V2 is available free on the App Store. iOS 3.0 or later required.