A new British car manufacturer is about to hit the autos scene, calling themselves Eterniti Motors. The London based company has kept a low profile since their incorporation a year ago until recently announcing that they will be unveiling their brand new vehicle at the Frankfurt Auto Show next week, a motor show event which takes place every two years in Germany.

The news comes from an article at Car and Van News, which reports that the new vehicle, the Hemera, will be ‘the world’s first Super-SUV’ according to Eterniti. The company also claim the car will ‘bring new levels of luxury and performance to the SUV segment’ when it launches next year.

Pictures of the Hemera have also been revealed for the first time, as it prepares to make its debut appearance next week’s Frankfurt Auto Show, which kicks off September 13th. Little else is known about the vehicle or the company behind its design itself, Eterniti Motors, though they also say it will bring customers limousine-style luxuries such as a spacious rear cabin featuring things like a drinks chiller, iPads and electric reclining seats. They also say it will be hand-built.

The company has also kept a tight lid on things as far as specs are concerned, with only two technical details disclosed so far which are; the Hemera’s top speed of 180mph and power output of 620bhp. Multiple Le Mans winner, Alastair Macqueen, is apparently heading the car’s engineering and Eterniti has also reportedly hired the help of former F1 Grand Prix champion, Johnny Herbert as an ambassador for the brand. Promises of more revelations have been made by the company, which will come in Frankfurt.

What do you think of the Hemera? 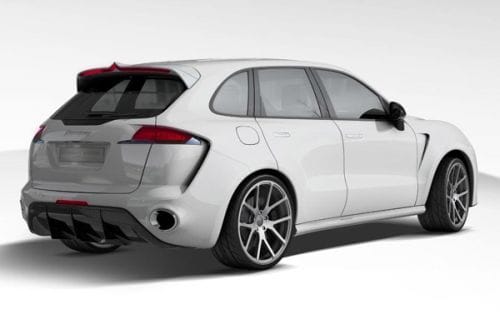