One of the highlights for me at the Eurogamer EXPO 2009 was Forza Motorsport 3, this is mainly due to the setup they had, the setup consisted of 3 LCD TVs, a racing seat and a force feedback steering wheel with pedals.

The setup used the central LCD as the main display and the two wide LCDs as the left and right wing mirrors, you then sat in a Recaro (pretty sure it was Recaro) racing seat and the steering wheel was mounted in-front of you.

Personally I have never been a fan of console racing games which use a steering wheel, however this setup was great fun, the last time I used a steering wheel was on my PSX, so things have moved on quite a bit, the biggest shock for me was just how strong the force-feedback was.

The game itself was very similar to previous Forza versions (as you would expect), I only had the chance to test one track and one car, the handling for this particular car was awful! The things that really stood out for me was the previously mentioned force-feedback, and the extremely smooth and visually great graphics.

Not everything was great however, I was very disappointed that there was very little resistance on the pedals, also the pedals weren’t mounted to anything so quite often it was hard to use half-throttle, the other thing that was apparent was slow loading times, I did not time the wait times but it was definitely noticeable.

You can see some hands-on photos and videos below. 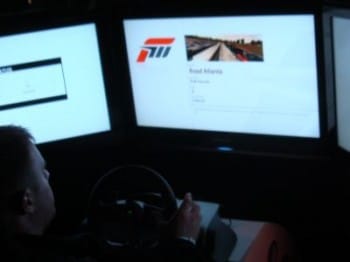 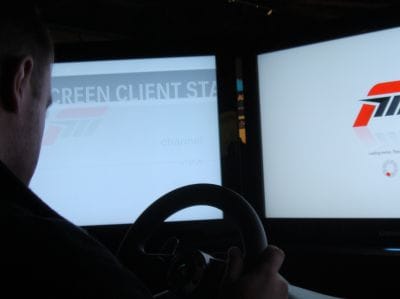 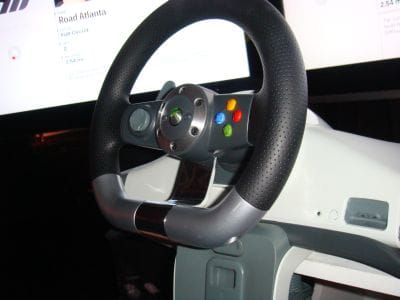 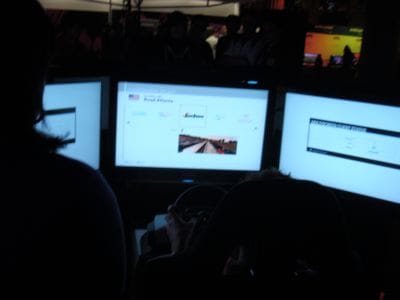