Why would Xbox UK tease the ultimate car fantasy, with a Forza Horizon 2 Xbox One controller that has no release date or plans to be developed? The said controller can be seen within a picture below, which Xbox UK shared on their Twitter account while promoting the Forza Horizon 2 launch today.

As you can imagine, Forza Horizon 2 fans and Xbox One owners alike wanted to know where they could buy this new controller? The fact is, you just can’t purchase it right now, but there is some hope that it will be developed after the powers that be see a lot of demand. 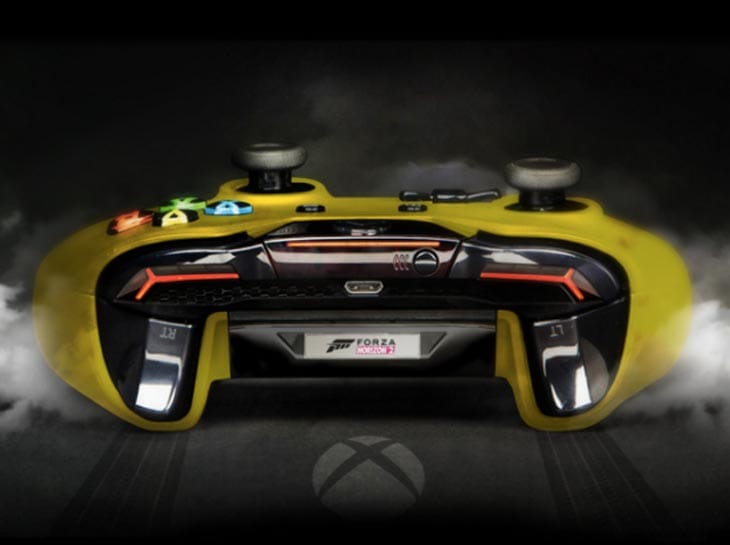 When Xbox UK received a number of tweets asking them if the controller was real, the answer came in a few short words “Afraid not, but it is pretty cool”. Do you think they should have made the above Forza Horizon 2 themed Xbox One controller?

We love the bumpers and colors, just a shame it’s not real.