On September 16th fans of racing car games finally got to see what all the fuss was about with the release of the demo version of Forza Horizon 2, and as expected were blown away. Now the game is finally released and so we thought we would take a look at your options available to you in the UK, along with prices as well.

First up is the Forza Horizon 2 price at Asda – and there are three options you can go for here. The first is to purchase it on the Xbox 360, as there are so many of you unwilling to part with your console that you have invested a lot of time and money in. The price you will pay for the game on the previous generation console is £35, whereas it is £44 for the Xbox One version. The final option is to go for the Xbox One 500GB Console with Forza Horizon 2 included at a cost of £349. 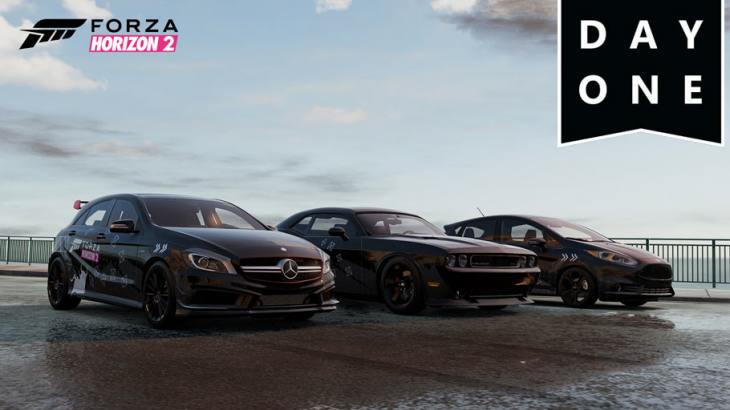 Next we have the Forza Horizon 2 price at Tesco – The version for the Xbox 360 will cost £35, the same as Asda, although Tesco wins out with the Xbox One version, as you only have to part with £41, a £3 saving over its supermarket rival. The complete bundle will also cost you £349.

Finally, we have the Forza Horizon 2 price at Game – We find it hard to understand why they expect customers to pay £39 for the Xbox 360 version, as this is £4 more expensive than Asda and Tesco. However, they redeem themselves because they are offering the Forza Horizon 2 Day One Edition on the new generation console, which comes with bonus in-game Ferrari California. The price of this is £44.99, which is worth the extra few pounds to gain that awesome car. More details can be found here.

Have you already got your copy of Forza Horizon 2, and if so what are your first impressions?

There are plenty more options to you in the UK for this game, although we feel these three are the most popular ones.