The highly anticipated Forza Horizon 2 Fast and Furious 7 DLC is now live on Xbox One. We can now bring you some highlights from the pack, with a look at the sexy 1970 Dodge Charger R/T that Dom uses in the film.

For those that are still not aware, Turn 10 launched the Furious 7 Forza Horizon 2 DLC on Tuesday, adding eight new vehicles in the game from the movie – all for the low price of $5.

The video which we’ve added below, takes the Charger for a test run, showing a nice upgrade build that you may want to try out if you have just purchased the car and want to get the best out of it. 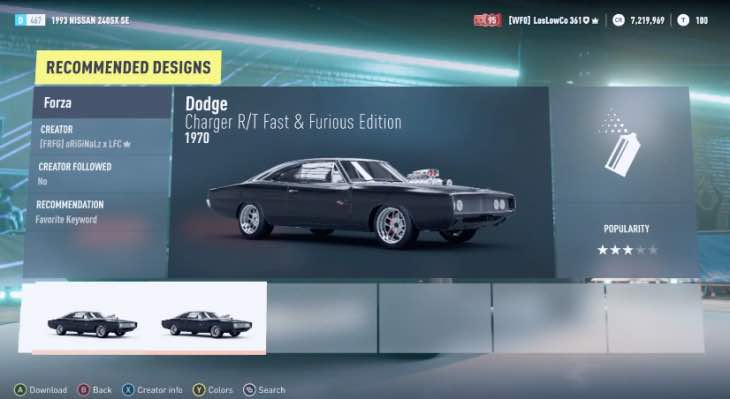 The actual recreation of the 70’s Dodge Charger R/T from the Furious 7 film into Forza Horizon 2 looks fantastic. It also sounds incredible as well once you rev up that engine – watch the clip and you’ll see this in action perfectly.

Some are questioning why these cars are $5 and not free, but we think that’s being a little harsh on the developers. The cars are a great addition to the game and $5 is not a lot when you see what other developers are charging for lesser content.

Check out the clip below and let us know your thoughts on the Fast and Furious 7 DLC for Forza Horizon 2. Which is your favorite car so far from the eight?