For those that are really excited about the Forza 6 pre-load start time on Xbox One, we have an important heads-up with regards to the Forza 6 file install size that you’ll need to take into account.

Microsoft still hasn’t revealed the date in which players will be able to pre-load the game but it definitely shouldn’t be long now since September 15 is the launch date and now we know the actual install size.

As revealed by an early screenshot, it looks like Forza 6 will weigh in at 44.37GB. Microsoft has actually removed this piece of information from the Xbox Marketplace listing, but if true it means that this will be the largest size that we have seen for a Forza game to date. 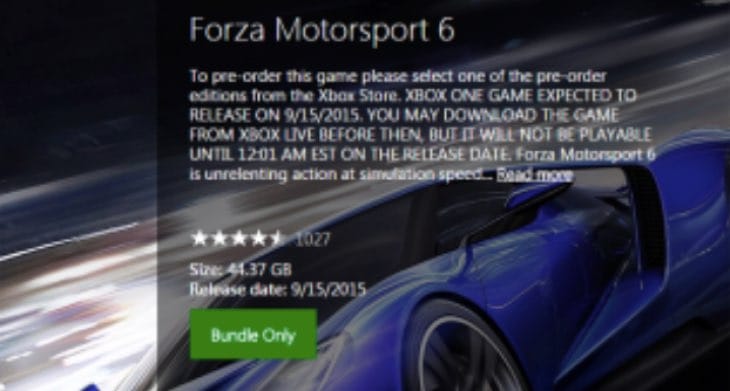 We know that many of you are patiently waiting for the Forza 6 pre-order time, so hopefully Microsoft will give out the details this week.

For those buying from the Marketplace though, is 44GB alarming to you or a good sign that the game will be packed with even more content compared to Forza 5?

Let us know what you think of this and we’ll update this when we have official details on the pre-load.