We previously told you that Forza 6 would have over 450 cars to choose from upon launch. Now we can go into specifics as Turn 10 has unveiled another 40 new cars joining the game including some rare classic vintage models such as the 1969 McLaren #4 McLaren Cars M8B.

Forza 6 is also going to introduce the 1966 McLaren M2B as well for the first time, which looks incredible in-game as you can see from the official screenshots that have been shared this week.

We know that some of you may be having difficulty keeping track of the complete Forza 6 car list, so we have picked out an excellent reference which includes all Forza 6 cars that have been announced so far. 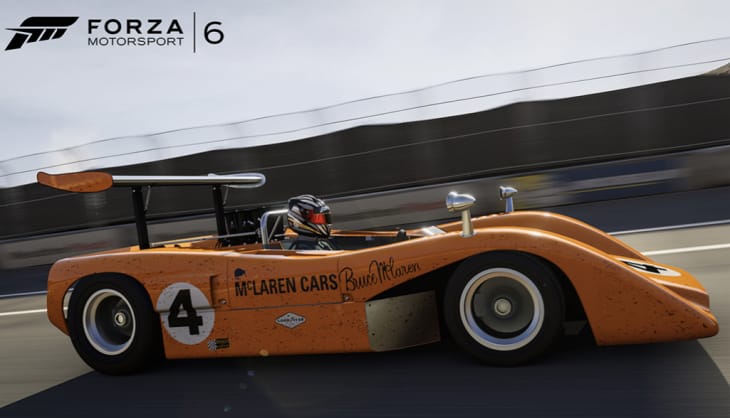 Let us know what you think of the list of cars in Forza 6 here and more importantly, let us know if we have forgotten any and we will add it to the list.

These cars have all been highlighted on the official Forza website towards the bottom of the page, so until Turn 10 states otherwise we assume that they are all coming at launch – remember some are restricted to various digital pre-order and retailer bonuses.

Is your favorite motor on the list or not?