It was no surprise when FIFA 12 took the top spot in the gaming charts when it released last month. The eagerly anticipated sports game already has a huge fan base that was waiting to get the latest installment to the series. However, a just as hotly awaited game, Forza 4, has raced into the games chart and overtaken FIFA 12 to become the best-selling game of the week.

Again this would not have been much of a surprise for some as Forza Motorsport 4 from Microsoft was always going to sell well with the franchise being so popular, but being an Xbox 360 exclusive, to knock a game that is available across all platforms off of the top spot is great achievement.

Considering the fact that FIFA 12 had one of best-selling debut weeks ever, breaking records and selling more than 3 million copies in the first week of sales, makes Microsoft’s achievement even more impressive. It only just managed to nip in front of the popular football title however, beating it by 700 copies. FIFA 12 still remains unbeaten when it comes to fastest selling game of 2011 at the moment though, with MW3 expected to challenge that title.

With the sales of FIFA 12 being so high to begin with, it was inevitable that they would decline, but they have declined substantially in the last by 62% helping Forza 4 take the thrown and the title of best-selling launch week ever for an Xbox 360 racing game. As TechWatch points out, Just Dance three took third place while last week’s number two, Rage, only managed fourth. PES 2012 could only manage fifth place, meaning FIFA 12 was truly the dominant soccer game of the year. This was also a bit of a surprise considering PES debuted at number two last year.

Were you surprised to see Forza 4 take the number one spot in the UK games chart? 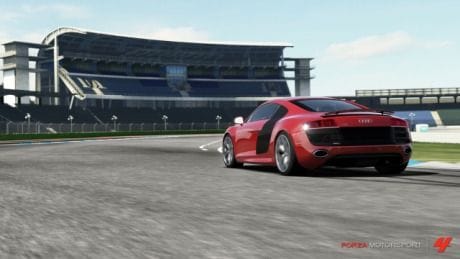