Earlier this week we brought you the news about rapper Drake playing a game of Fortnite, which was streamed live by Twitch user Ninja.

Now we learn just how popular and successful Tyler Blevin aka Ninja has become, as the streamer himself has revealed to CNBC that he is currently earning around $500,000 a month just by playing the game.

While you sit there and question your life goals, Ninja adds that the bulk of the money is made up from Amazon and Twitch Prime subscribers, but further income is also generated by having the luxury of 5 million active subscribers on YouTube.

He’s also just passed 1 million subscribers on Instagram and Twitter as well, plus donates some of his income to various charitable organisations as you’ll hear in the interview from CNBC above.

It also helps that he happens to be extremely skilled as a Fortnite player as well, giving viewers that added drive to keep watching him, as they look to pick up tips and remain entertained at the same time. 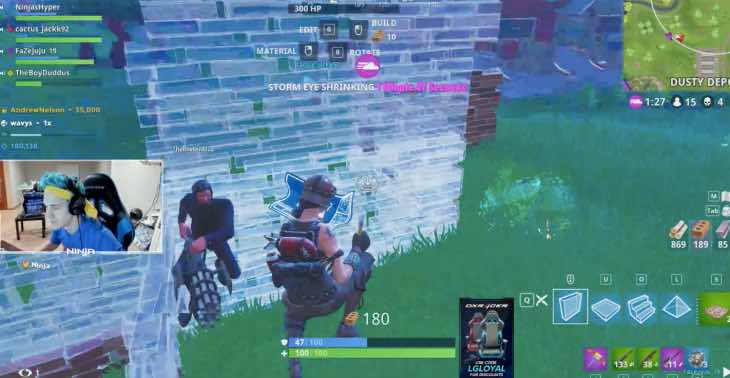 Are you a fan of Ninja on Twitch, but shocked at just how much money he is making? Let us know your thoughts on this below, as more and more gamers consider video game streaming as a viable career path.