We again have more whispers on the possibility of Fortnite PS4 and Xbox One cross platform play. Fans have been begging for this to happen for a long time and now it is clear that both Microsoft and Epic Games want to see it too.

That means that once again, it is seemingly down to Sony to say yes as it’s no secret that they have not been open to supporting cross platform with Xbox in the past.

Now Microsoft has made it crystal clear that they have no problems on their side, as you can see from the Tweet below 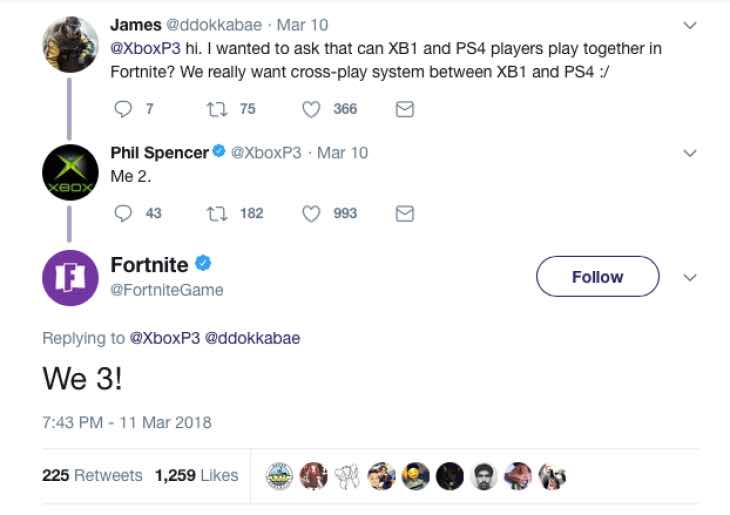 This once again puts the pressure on Sony to think about allowing cross platform, now that Microsoft and Epic Game have clearly passed the buck onto them.

Will it ever happen though? Fortnite is obviously one of the most popular online games at the moment which is now expanding to mobile. Let us know your thoughts on this and if you think Sony should ease up on their cross platform stance with Xbox.