Fortnite is the extremely popular survival shooter from Epic Games which is available on PS4, Xbox One and PC. Now we look ahead to the next Fortnite update on PS4 and Xbox One which will be version 5.30 and will bring another list of changes to the exciting Battle Royale and Save the World game modes. Update: Fortnite 5.30 is now live as of August 23, skip to the bottom for the patch notes.

Fortnite uses the free-to-play mechanic along with micro-transactions which players can use to upgrade characters and equipment with the one common goal to either kill or be killed in a huge battlefield that will pit you against other opponents.

We’ve set up this page so you can come here to quick check the latest Fortnite update notes once Epic Games make them available – they will always be available at this link once a new patch goes live across consoles and PC. 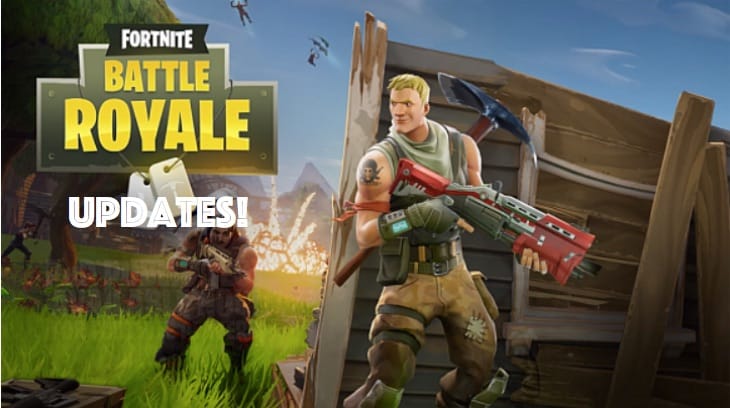 If you love this game and especially Fortnite Battle Royale, let us know what you think would make the game better if Epic were to add some community requests in time for the next patch.

Keep checking back at this page for the next set of Fortnite patch notes – next is the big Fortnite 5.30 update, as confirmed by Epic Games on Twitter.

Are you happy with Battle Royale at the moment? Give us your thoughts below on the current state of the game and tell us what you want to see with the next game update.

Also don’t forget to leave us a quick comment if Epic suddenly skip ahead with Fortnite version numbers from update 5.21 to 5.23 as we have seen in the past.

Update August 21: Epic Games has now confirmed that Fortnite version 5.30 will be the next game update! It will be coming on Thursday August 23 and we will have the patch notes as soon as possible for you here, once the update is live. Let us know what you want to see!

Update August 23: The update is now live nice and early. The patch notes for Fortnite version 5.30 are revealed in full here. Are you already playing the new version?