Epic has just released a new Fortnite update on all platforms, but we can see that already many players are having problems with the new Fortnite 1.54 update on PS4 and Xbox One.

For those that are just logging into the game and want to know what is new as of Fortnite’s April 11 update, we have the Fortnite 1.54 patch notes for you here.

New features include the Replay system allowing you to look back on your matches and create personalised clips, new weapons, four new cyberpunk heroes and the following general changes: 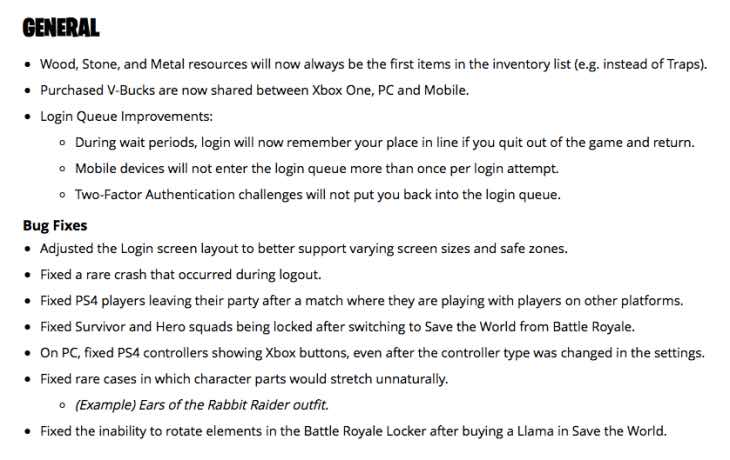 As for the ongoing problems with Fortnite update 1.54, Epic Games have listed them below in a series of Tweets today that you should be aware of.

We're investigating reports of accuracy, keybind and reticle issues in v3.5, we'll update you as soon as we have more info.

Accuracy/reticle problems have been fixed! We're still investigating the keybinding issue and we'll update you once we know more.

Let us know your thoughts on the new update and if you are experiencing any accuracy problems as highlighted in the Tweets above.