The Forge of Empires 2014 Halloween event has started and we have seen the first Jack O’ Lantern riddles, which have also been embedded below for Product Reviews readers to see before jumping online and playing. Like last year, you will need to perform certain quests found via the pumpkin-head to unlock gifts during the event.

We already knew the Halloween event for Forge of Empire would start on October 22nd, 2014. After logging in to our review account, we can see that Jack O’ Lantern is there and the first riddle asks us to decorate or die. This is pretty easy, considering you only need to build 5 decorations at any level to unlock a random reward. 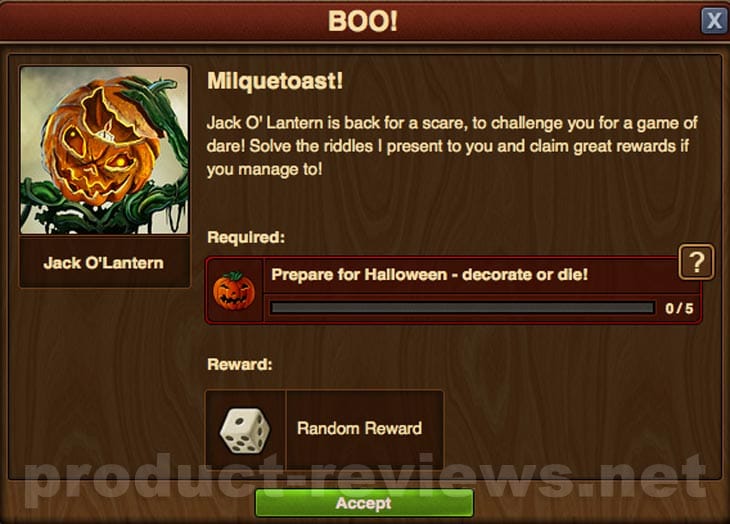 After completing this task we received 70,000 supplies, although your reward will depend on the technology tree level you are at. It’s worth mentioning, even those at higher levels can use the cheapest decorations to complete this task. This is recommended if you don’t plan on keeping the decorations. 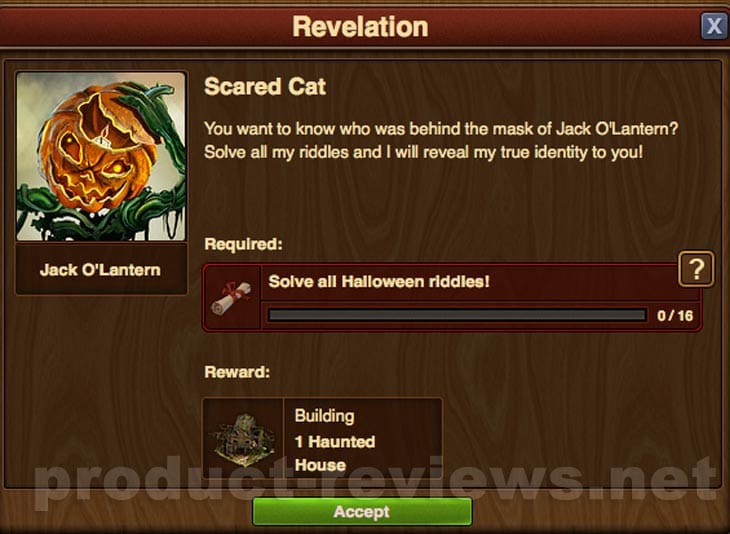 There’s another Jack O’ Lantern pumpkin-head that asks you to solve all Halloween riddles. The reward for completing this task is a Haunted House and it looks like you have 16 riddles to complete to receive this reward. Not only will you get the Haunted House, but Jack O’ Lantern should reveal his real identity as well.

We will publish the full list of Jack O’ Lantern riddles for the 2014 Halloween event shortly, just as we did last year with all the quests.